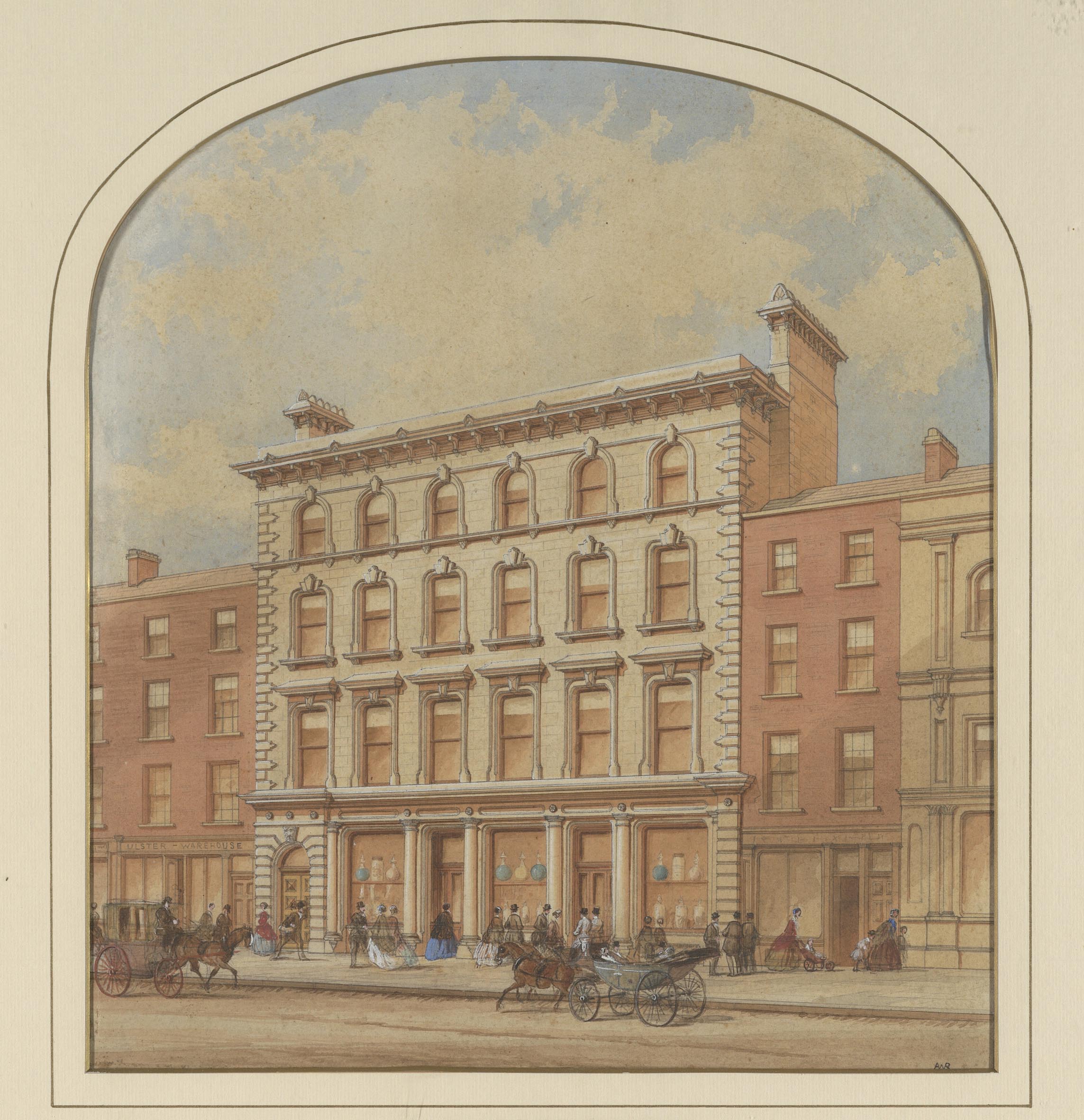 Hugh Moore & Co. were ‘wholesale druggists’ based at 56 Capel Street from the early 1840s, and 57 Capel Street from at least 1850. In 1866, they commissioned architect William Fogerty (1833-78) to design a new ‘warehouse’ (a shop and offices) for them on their Capel Street site, expanding the original two-bay premises to a substantial and imposing six-bay block. A lithograph version of this perspective appeared in the Irish Builder of 1 March 1868. The accompanying article recorded that the project had been abandoned ‘for some unknown reason’ and that the architect was now suing the client, as ‘Mr Moore [has], as we understand it, refused to settle Mr Fogerty’s demand for fees on the preparation of plans and for other services rendered’. The outcome of the case is not recorded, but Fogerty moved to London in 1870. He moved again, to New York in late 1872 or early 1873, before re-establishing himself in Dublin in 1875. In 1869 Moore & Co. moved from Capel Street to a section of the former Linenhall in Yarnhall Street. The Linenhall, most of which was in barracks use, was destroyed by fire during the 1916 Rising. The company, by then known as Hugh Moore and Alexanders Ltd, sought over £115,350 in compensation for damage to premises and stock but only received £59,700 from the Property Losses (Ireland) Committee. It remained on the site until c. 1950 when it closed.

Fogerty exhibited this drawing in the Royal Hibernian Academy in 1869, and at a conversazione in the RIAI, then at 212 Great Brunswick Street (now Pearse Street), in December of that year. Having been in private hands in the UK for several decades the drawing was acquired by the IAA in September 2019, thanks to support provided by the Friends of the National Collections of Ireland (FNCI).