As part of our work here in the Irish Architectural Archive, we welcome researchers and readers through our doors, people with questions and requests for information of many different kinds. At times these come in the form of a visual test – a photograph of an unidentified building. ‘Where is this?’ is the question most often asked, followed by ‘who built it, when and for whom?’

Recently we had just such a request for help from a reader. Could we identify a building in an old photograph, a handsome Victorian house with adjoining green house. 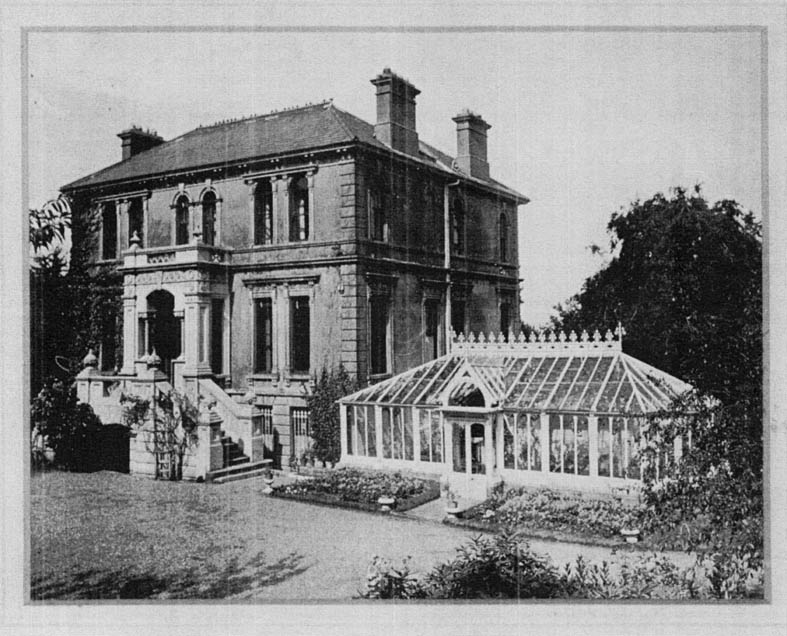 Happily, Simon Lincoln, our Exhibitions Officer, recognised it as Sharavogue, a large detached house in Glenageary, Co. Dublin. In our own collections we had photographs of the house at the time of its sale in the mid 1980s looking remarkably unchanged from the earlier image and so we were able to confirm the identification. 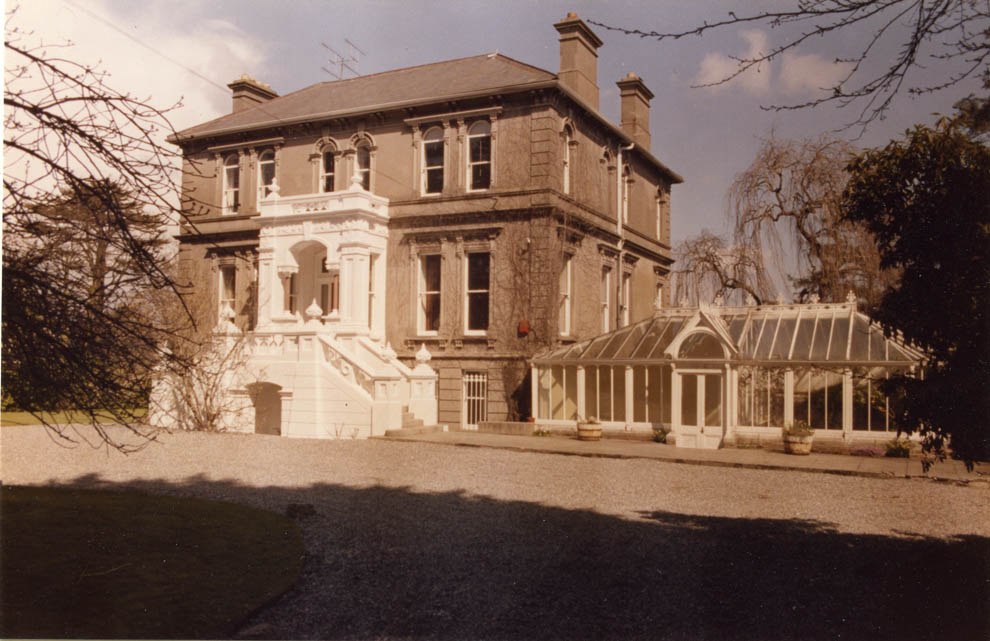 So what else could we tell about ‘Sharavogue’ – did we have any other documents in the Archive to tell us the story of this suburban villa? Could we procure a date for its construction or even an architect’s name?

We didn’t have drawings for the house, so the search started with old postal directories to see when Sharavogue was first mentioned. The style of architecture suggested a date pre-1900 but when we checked our collection of Thom’s Street Directories for the late 1800s we encountered a problem: the house did not seem to appear at all. Of course house names often change. A quick check on an old Ordnance Survey map of the area confirmed that the house was originally named St. Andrew’s and the directories indicated that it was built sometime between 1875 and 1883.

From the map we could see that another house sat on the neighbouring corner plot, seemingly of the same dimensions and shape. Could we be looking at twins, houses built to identical designs at the same time? Today the neighbouring plot is occupied by a housing estate, Kilcolman Court, named after Kilcolman, the possible twin of St. Andrew’s/Sharavogue. Kilcolman no longer stands, (having been demolished by 1972) and, while there is no mention of either St. Andrew’s or Sharavogue in the Archive’s Dictionary of Irish Architects (www.dia.ie), there is a record of alteration work being done to Kilcolman in 1911 by the architect James Purcell Wrenn.

We know something of James Purcell Wrenn, as his letter books are held in the Archive, but the name Wrenn struck a further chord. The directories listed Andrew Wrenn as the original owner of St. Andrew’s. He was a successful merchant and proprietor of a number of businesses in Dublin, including the Bleeding Horse Tavern at the top of Camden Street. James Purcell was in fact Andrew’s son. He inherited St. Andrew’s, ran an estate management business from the house and carried out some work on his neighbour’s house.

However, the question of who originally designed the pair of houses still remained. Turning again to the Dictionary of Irish Architects, we found a reference to the fact that in 1877 the architect Robert J. Stirling invited tenders for the erection of ‘two new villas’ in Glenageary – could these be our two houses? On looking at Stirling’s list of works in the DIA we can see that in 1871 he carried out alterations and improvements to the Bleeding Horse Tavern, Upper Camden Street, for none other than Andrew Wrenn. Also worth considering is that the original owner of Kilcolman was a Mr. Gleeson, a merchant and businessman with properties on Thomas Street. Did Wrenn and Gleeson have a professional relationship and decide to invest in land to get away from the busy city? Having already employed Stirling on his commercial premises, did Andrew Wrenn now ask him to design two fine new villas near the sea?

These are tantalising questions and we have yet to fully answer them. But, in a way that is completely typical of even the most cursory search in the Archive, the identification of a previously unknown building in an old photograph leads to a web of interconnections, filling in some details of the history of the house and opening the possibilities of more to come.