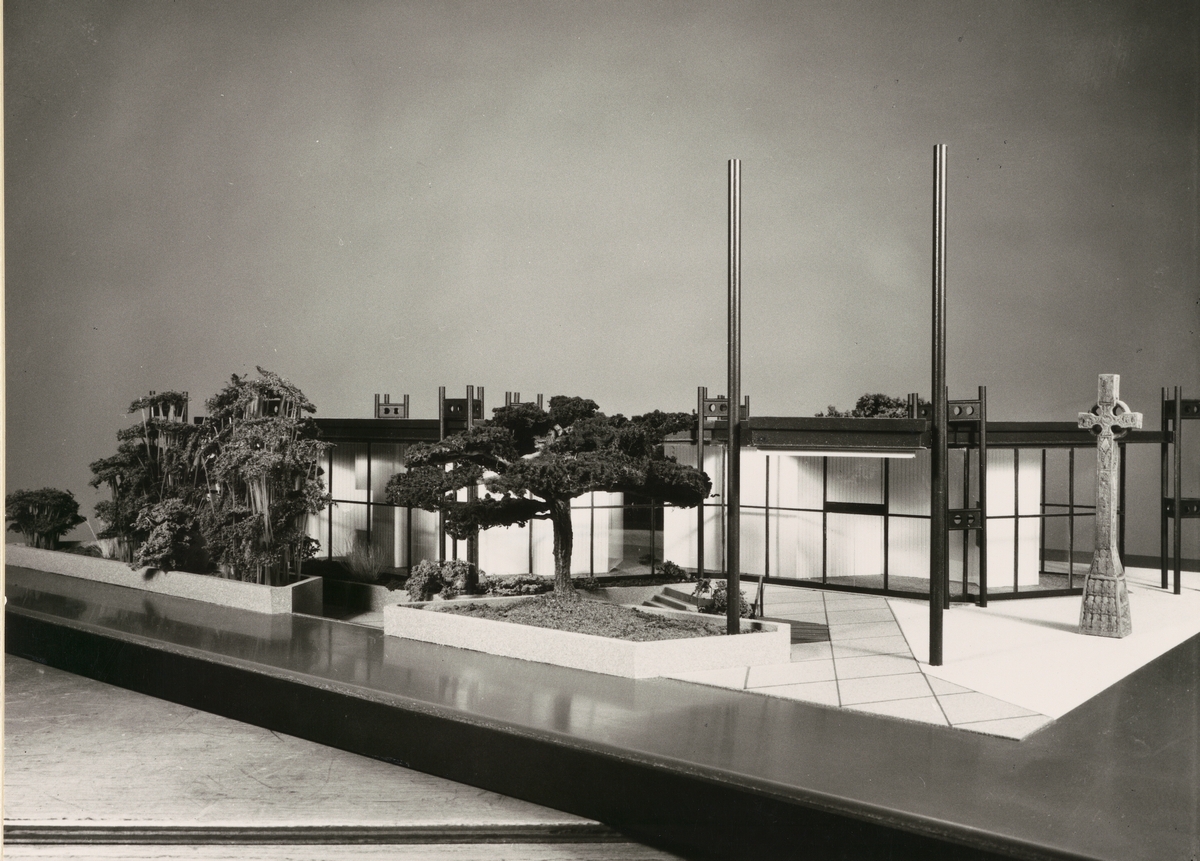 Expo ’70 was held in Osaka, Japan, from March to September 1970 under the banner of ‘Progress and Harmony for Mankind’. The master plan for the site was developed by a team led by Kenzo Tenge. Seventy-seven countries participated, including Ireland whose pavilion was designed by Stephenson Gibney and Associates. The practice was awarded the commission in 1969 just as their new headquarters for the ESB on Fitzwilliam Street was nearing completion and only months before their proposals for the new Dublin Civic Offices on Wood Quay were selected by Dublin Corporation. Their response to the Osaka brief was a rectangular volume, with sides irregularly interrupted by angled cutaways, and one corner removed to make way for a covered entrance. A grid of distinctive tripartite structural steel columns supported a flat roof while the walls were glazed or timber-clad. Internally, the main volume contained a café and an exhibition hall featuring a display entitled ‘Ireland – Island of Tradition, Nation of Today’ with contributions from the Department of Industry and Commerce, Bord Bainne, the Irish Livestock and Meat Commission, the Pigs and Bacon Commission, Bord Fáilte, Aer Lingus and Córas Tráchtála. 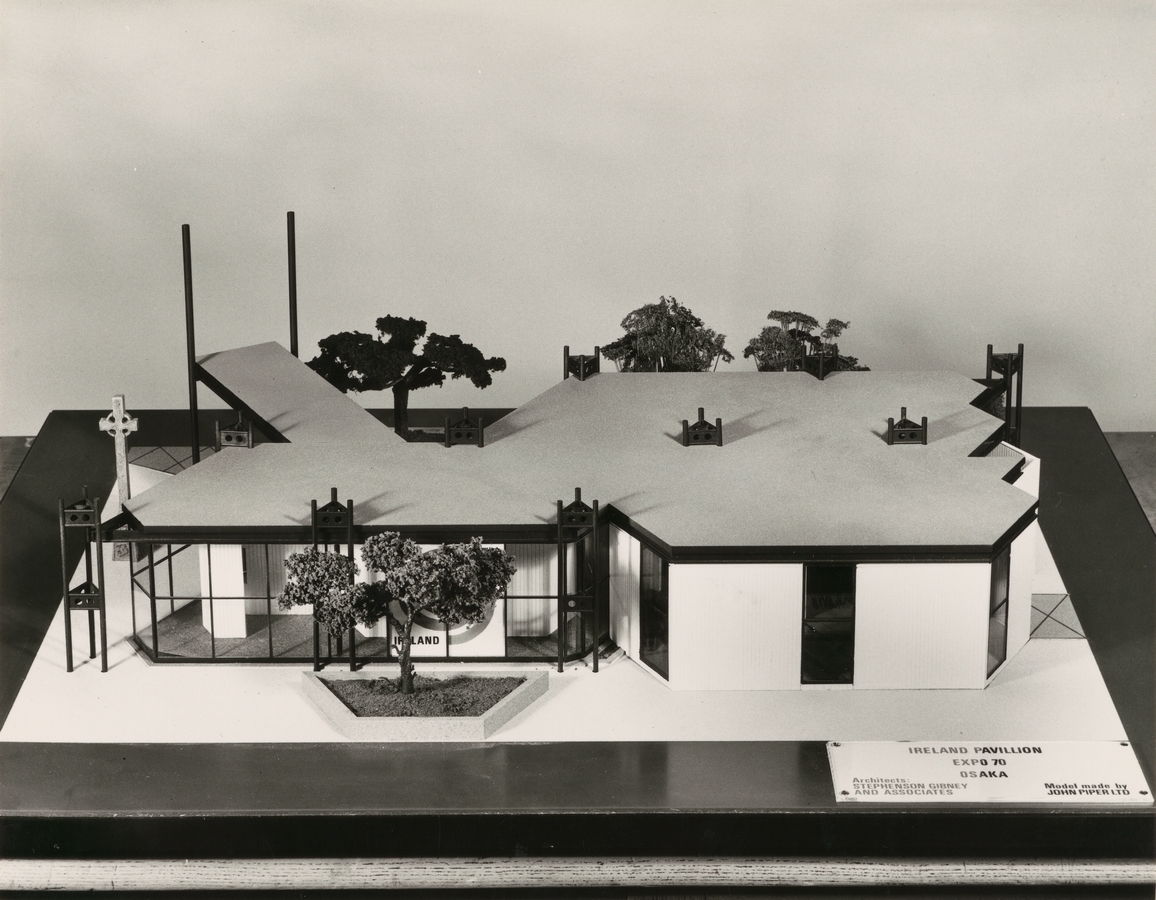 For such a high-profile project, the pavilion is poorly represented in the Stephenson Gibney Collection in the Irish Architectural Archive, with only two drawings and no ancillary documentation. There is however a set of photographs of a model which the architects commissioned from John Piper Ltd, including this one, and a number of interior and exterior photographs of the completed structure (showing it more or less as depicted in the model, though without the attendant High Cross). The building itself was demolished shortly after the Expo ended, and the model does not survive.