Curated in collaboration with Drawing Matter (https://drawingmatter.org/), The Ulysses Project presents a body of research by architect Freddie Phillipson into relations between the buildings of Dublin and James Joyce’s landmark novel. 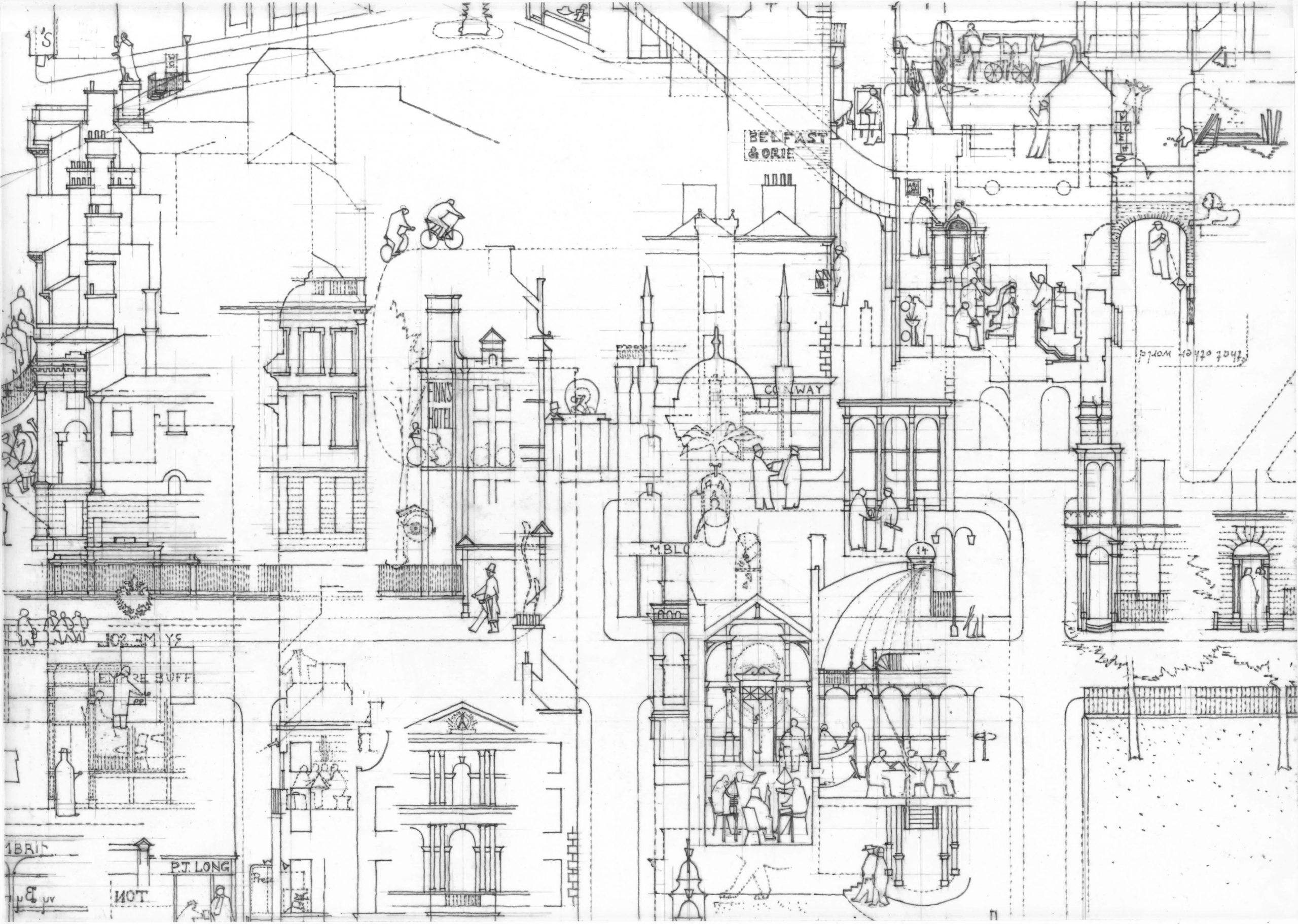 Born and raised in Athens by Greek and British parents, Phillipson was educated at the University of Cambridge and MIT. He spent 12 years at Witherford Watson Mann Architects, working extensively on additions to prestigious historic buildings, including Clare College, Cambridge, and the Courtauld Institute, Somerset House, London. He was also project architect for the conversion of Astley Castle, awarded the RIBA Stirling Prize in 2013. He founded his own practice in 2018, and currently has projects underway in the UK, Brazil, and Mexico. He teaches in the University of Cambridge, and was named one of the Architecture Journal’s 40 architects under 40 in 2020.

Reflecting his bilingual heritage, he has been, since 2003, reconstructing the lost buildings in which Joyce’s ‘translation’ of Homer’s Odyssey is set.

Joyce famously remarked that if Dublin were to be destroyed it could be rebuilt from the pages of Ulysses, brick by brick. This is not true. Dublin is central to the book, and Joyce went to great lengths to be topographically accurate. But what Joyces does not do in Ulysses is describe Dublin or Dublin’s buildings in any sort of architectural detail.

Now, with an architect’s expertise, Phillipson goes further into the archaeology of Joyce’s Dublin than existing literary scholarship, making the events of the text accessible and its settings visible. Phillipson has consulted previously overlooked material, including drawings held by the Irish Architectural Archive, and has produced a series of architectural drawings of key buildings from the novel. Several buildings have never been drawn before, and the drawings visualise Joyce’s treatment of the city in a new and unique way. A large scale (1.8×2.7m) topographic drawing of central Dublin is accompanied by scaled reconstructions of ten buildings where individual episodes are set. Hundreds of sketches underpin these pieces. The text and its themes are meticulously mapped onto the actual rooms, demonstrating the role of architecture in Joyce’s rediscovery of ancient myth in everyday situations, and posing broader philosophical questions about the purpose of design.

Included with exhibition is a death-mask of James Joyce generously loaned by the Abbey Theatre. 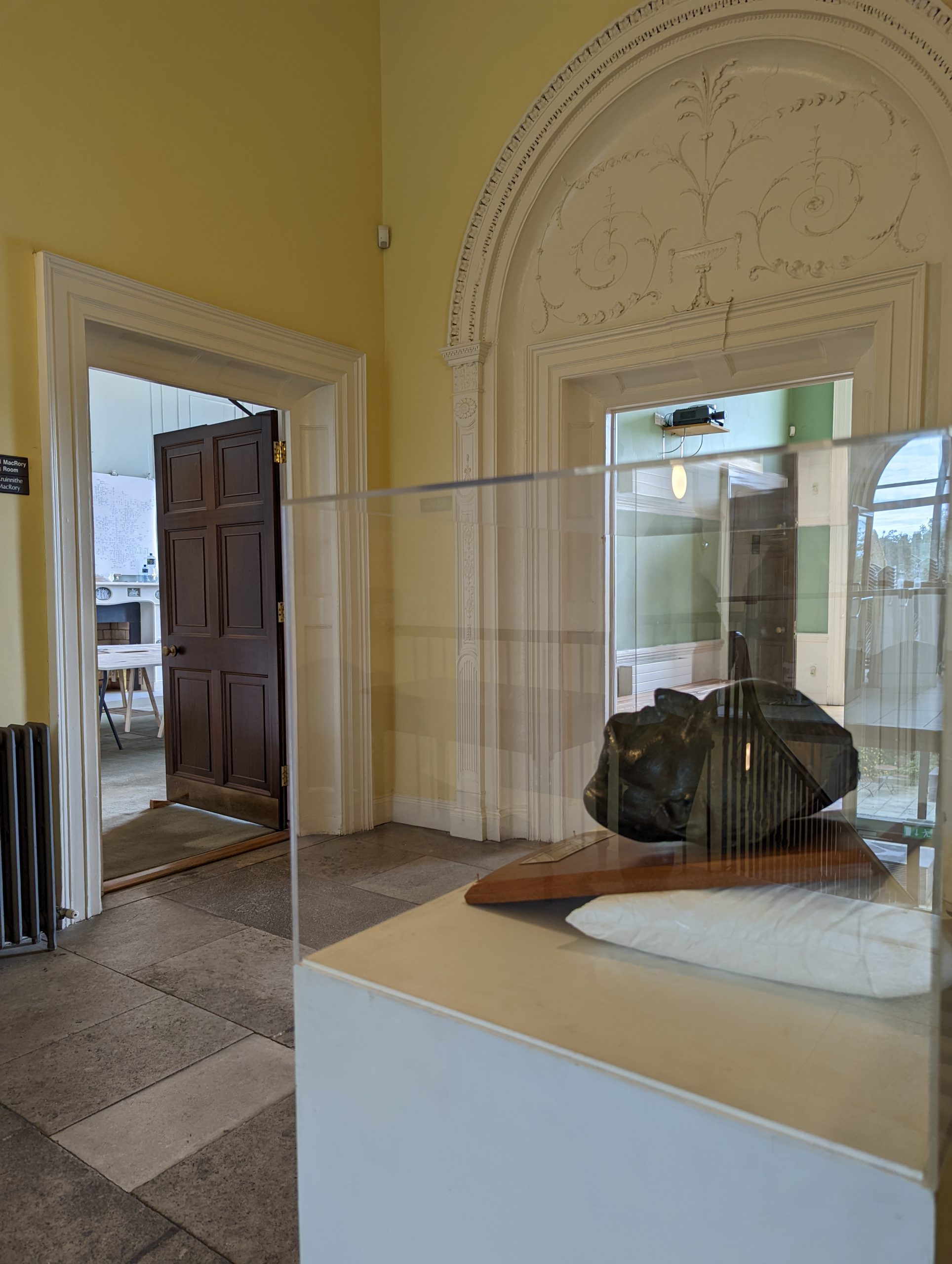 See Freddie Phillipson discuss his near twenty-year engagement with James Joyce’s Ulysses, the results of which are distilled into The Ulysses Project exhibition.

The exhibition runs in the first floor rooms of the Irish Architectural Archive, 45 Merrion Square, Dublin 2, Mondays to Fridays, from Friday 17 June 2022 to Friday 19 August 2022.