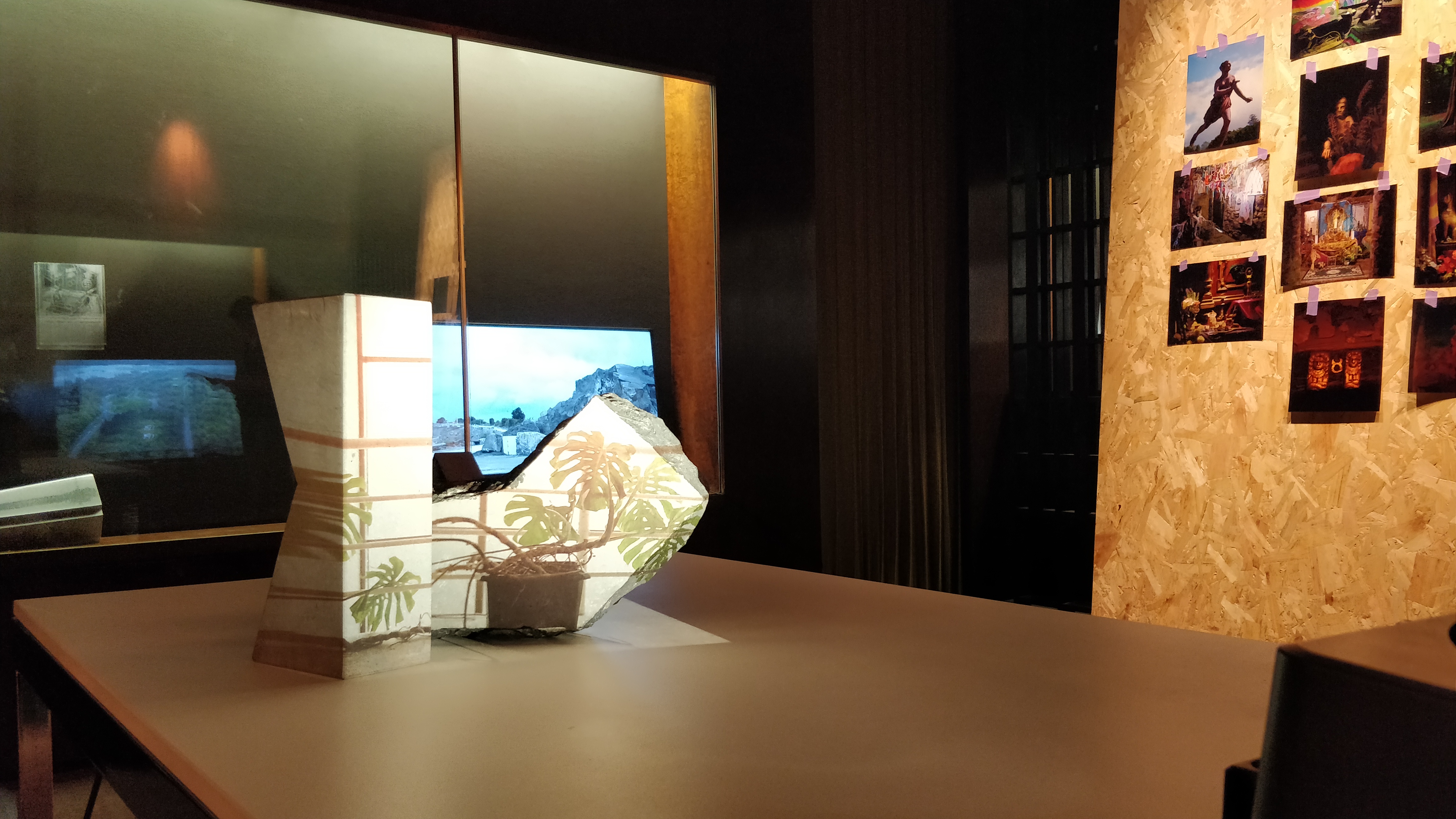 The artists presented here and the three-million-plus items the IAA holds are of unknowable dimensions – full of adventure, surprising and unexpected encounters. Akin to Buckminster Fuller’s idea of an operating manual for humanity itself, they advocate us to unhinge our inquisitiveness, and search for progressive forms of knowledge. In this context, the notion of the built environment and architecture falls away from principles of foundation and stone, structure and surface. It becomes a malleable, erratic subject and an expressive ideology at play. 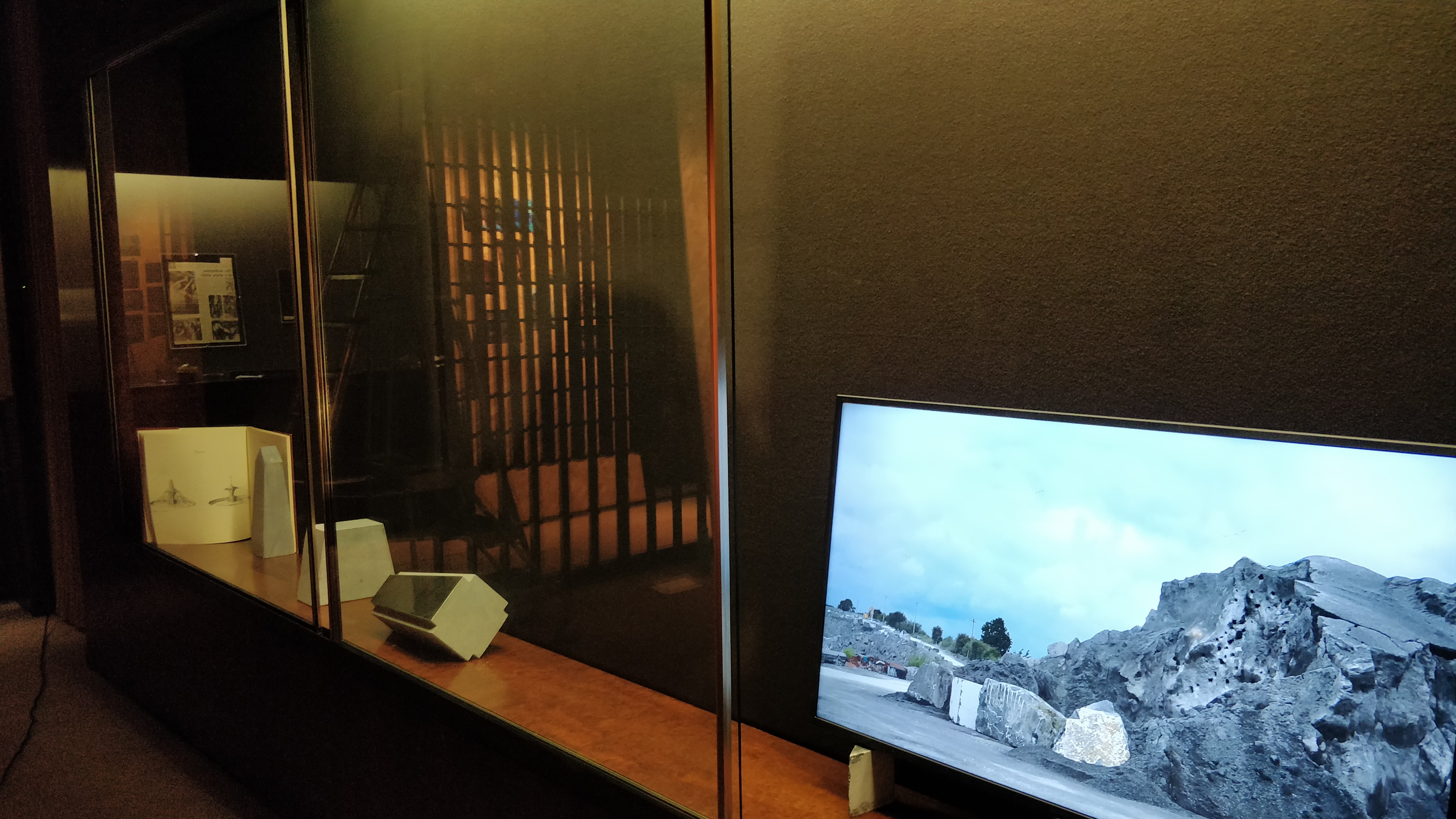 Patrick Hough’s research led him to the Fellowship of Isis, a neo-pagan religious organisation founded in 1976 in Carlow to revive worship of the ancient Egyptian goddess Isis and to promote more general knowledge of matriarchal deities. His photographs carefully unveil the temple’s kaleidoscopic worldview, and are paired with a selection of archived newspaper articles reporting the fellowship’s activities over the years. Hough’s sensibilities disavow any dogmatic presumptions of cult-like rites and sacrifice, and reveal the fellowship as symbolically diverse, eccentrically aware of nature as something to be revered and conserved.

Fiona Marron’s Island beyond an Island is a mediation on human yearning to build, both as acts of confinement and liberation. Marron seems to preserve such desires in a surreal or dreamlike state, as if their potential far outweigh their actual realisation. Alongside newspaper clippings and imagery culled from the archive, her videowork investigates the idiom of new town building, with a special emphasis on Craigavon, a planned town in Armagh built since 1965. 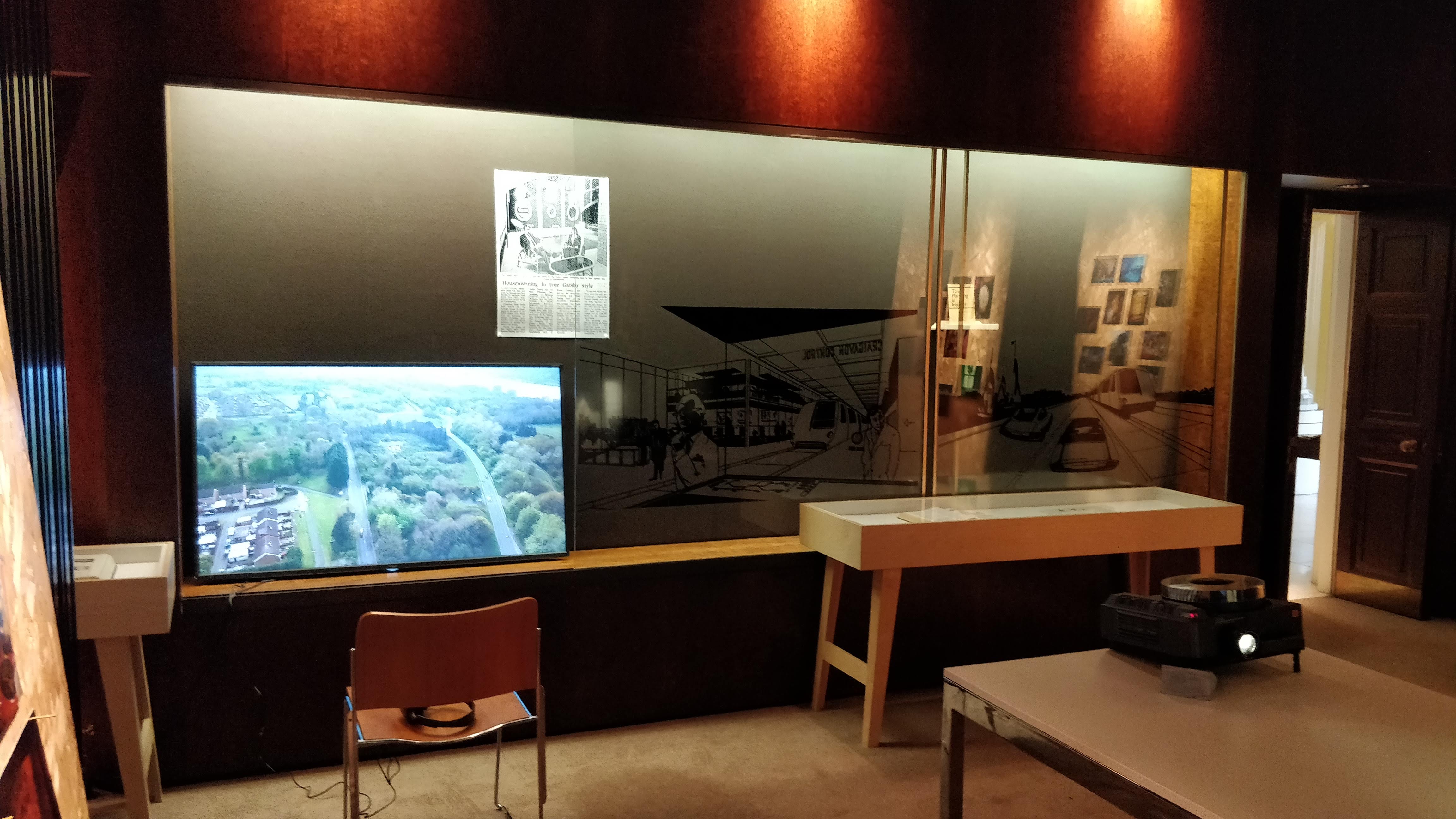 A selection of conceptually-led projects from 1977 by John Carson are presented, each accentuating new experimental geographies around Belfast and its hinterland. Hilltop Line, Hilltop Triangle, and Circuit involve the moving of stones, a bespoke signalling system and the subtle evocation of a telepathic relationship between three friends faciliated by DJ Handi of local station Radio Downtown. 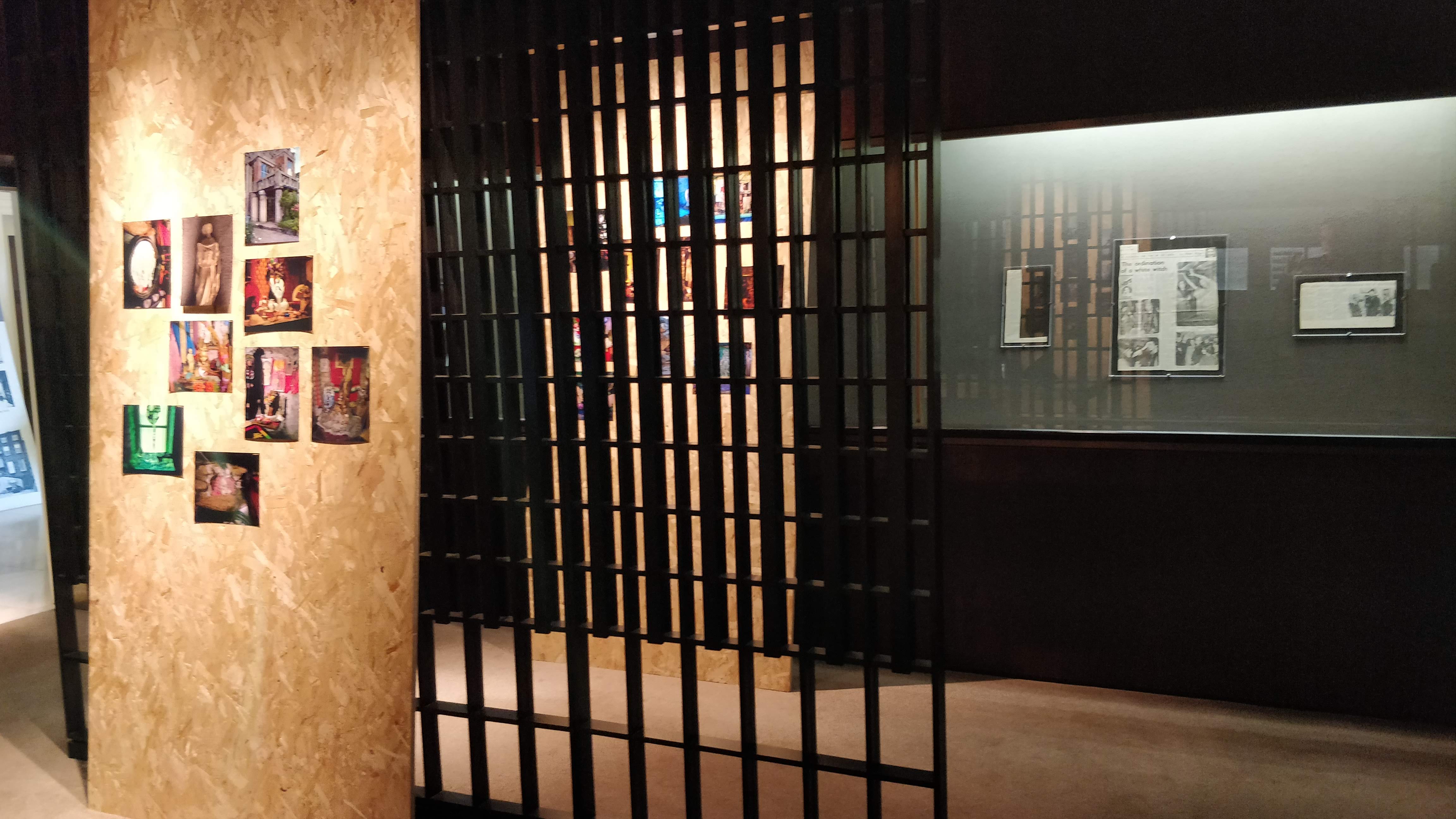 Stuart Whipps’ artworks make evident the consequences of human agency on the landscape, assembling seemingly unrelated intentions or actions into sharp agglomeration. Made during a recent residency at Lismore Castle Arts, McKeon Stone in Stradbally and Askeaton Contemporary Arts, a video follows the flight of African Sand Martens now nesting in holes created by quarrying stone in the Irish midlands. In turn, Whipps uses this stone to shape various sculptural forms borrowed from ‘Miscelanea Structura Curiosa’ a surreal and sometimes grotesque 18th century book on garden design by Birr’s Samuel Chearnley, juxtaposed with an image of plants found in corporate offices at the Rusal Aughinish bauxite refinery, Ireland’s largest industrial, and ever-controversial, site of lax environmental regulation located on the Shannon Estuary.

John Carson lives in Pittsburgh, where he is Professor of Art at Carnegie Mellon University. Over a long and varied career he has presented exhibitions at venues such as Douglas Hyde Gallery, Dublin; ICA, London; IKON, Birmingham; PS1, New York. His famed 1978 artwork, A Bottle of Stout in Every Pub in Buncrana was republished by ACA PUBLIC, Askeaton in 2016.

Patrick Hough lives in London, following his studes at NCAD and Royal College of Art. His videos and installations have been presented at Whitechapel Gallery, London; Ballroom Marfa, and Askeaton Contemporary Arts, Limerick. He was recipiant of a Jerwood / FVU Award in 2016.

Fiona Marron lives and works in Dublin, and has presented exhibitions at Flat Time House, London; CAPC musée d’art contemporain, Bordeaux; Rua Red, Dublin, and Mother’s Tankstation. She has been artist in residence for UCD’s college of science.

Stuart Whipps is a Birmingham based artist. Recent exhibitions of his work have been hosted at Spike Island, Bristol; Zabludowicz Collection, London; Lismore Castle Arts, Waterford, and throughout the UK as part of British Art Show 8, where he restored a 1979 Mini motor car with the assistance of former British Leyland workers.