Few cities can boast more extensive conveniences, more eminent beauties, than Dublin… To convey to the curious inquirer adequate ideas of those objects; to diffuse information of a Capital so long undesertly unnoticed, and to give it that place in estimation with regard to others it merits, this work was undertaken.

Preface, A Picturesque and Descriptive view of the City of Dublin, James Malton, 1799 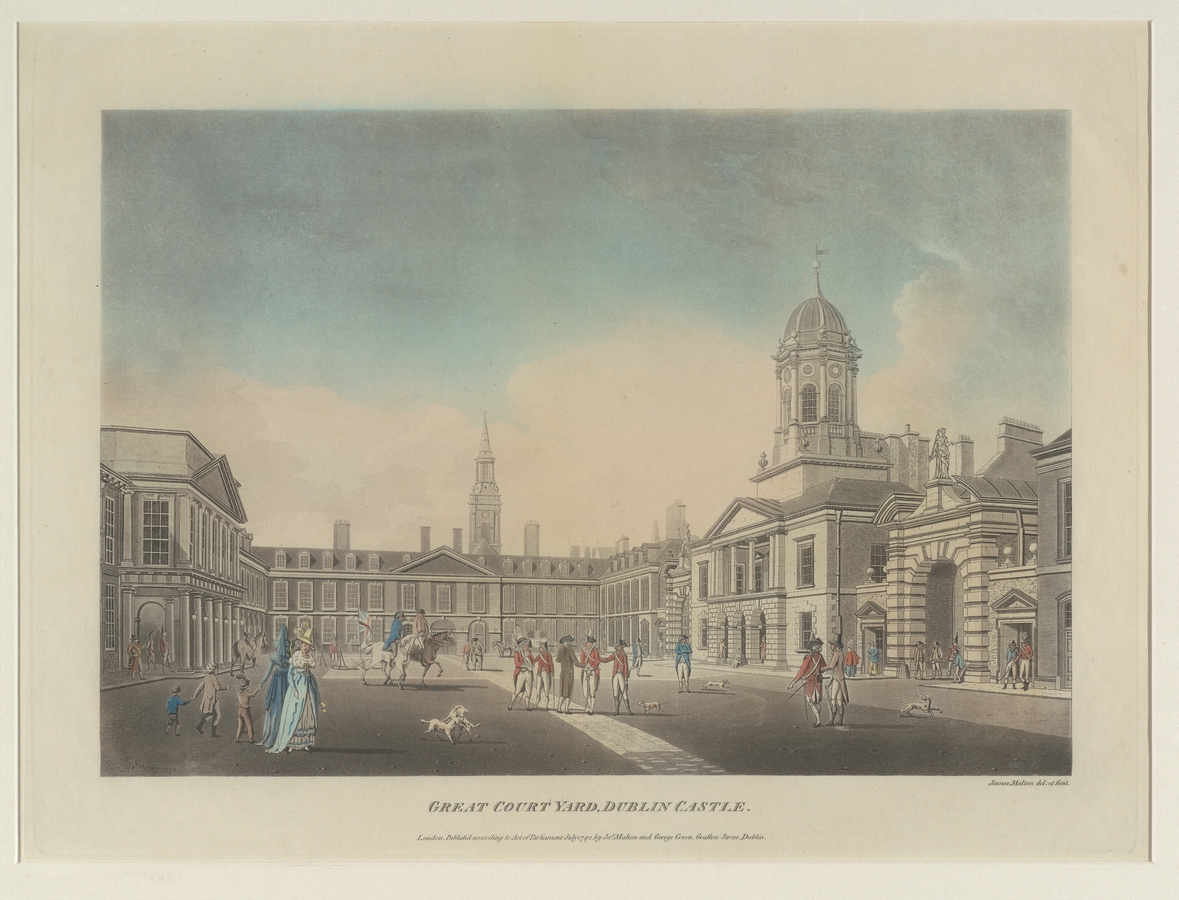 By his own admission, James Malton was so struck with admiration by the beauty of Dublin that he ‘was desirous to make a display of it to the world’. That he felt this way, and executed his intent in such a brilliant fashion, is perhaps surprising because Malton’s time in the city was not always happy.

Malton was born in England in 1765. His father, Thomas, was an architectural draughtsman and teacher of geometry and perspective who moved to Dublin in 1769. In 1781 Thomas successfully petitioned James Gandon to employ his son as a drawing clerk on the Custom House. The eminent architect’s initial view of James as ‘quite a promising person’ soon soured. Gandon dismissed him because ‘he so frequently betrayed all official confidence, and was guilty of so many irregularities’. 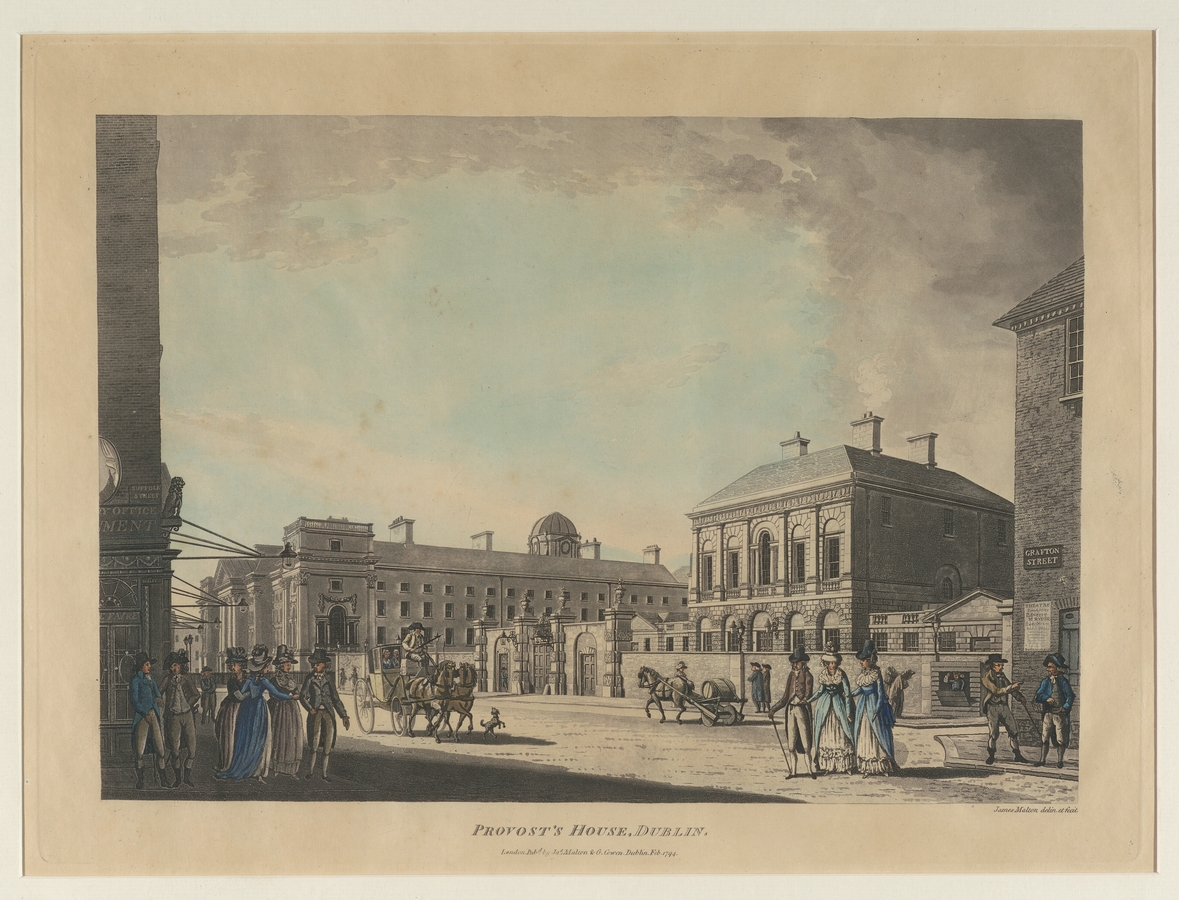 Malton (or perhaps his father) had his revenge, anonymously publishing a virulent attack on Gandon and his architecture in 1787. That same year, Malton was an unsuccessful candidate for the post of Master of the Dublin Society’s School of Architectural Drawing. Nonetheless, the following year, 1791, he completed his series of drawings of Dublin buildings. He then returned to London, where he began to engrave the Dublin drawings in etching and aquatint, preparing them for publication. A Picturesque and Descriptive view of the City of Dublin was issued in six parts between 1792 and 1799. In 1799 Malton published a bound version of the complete set of engravings with an accompanying text. 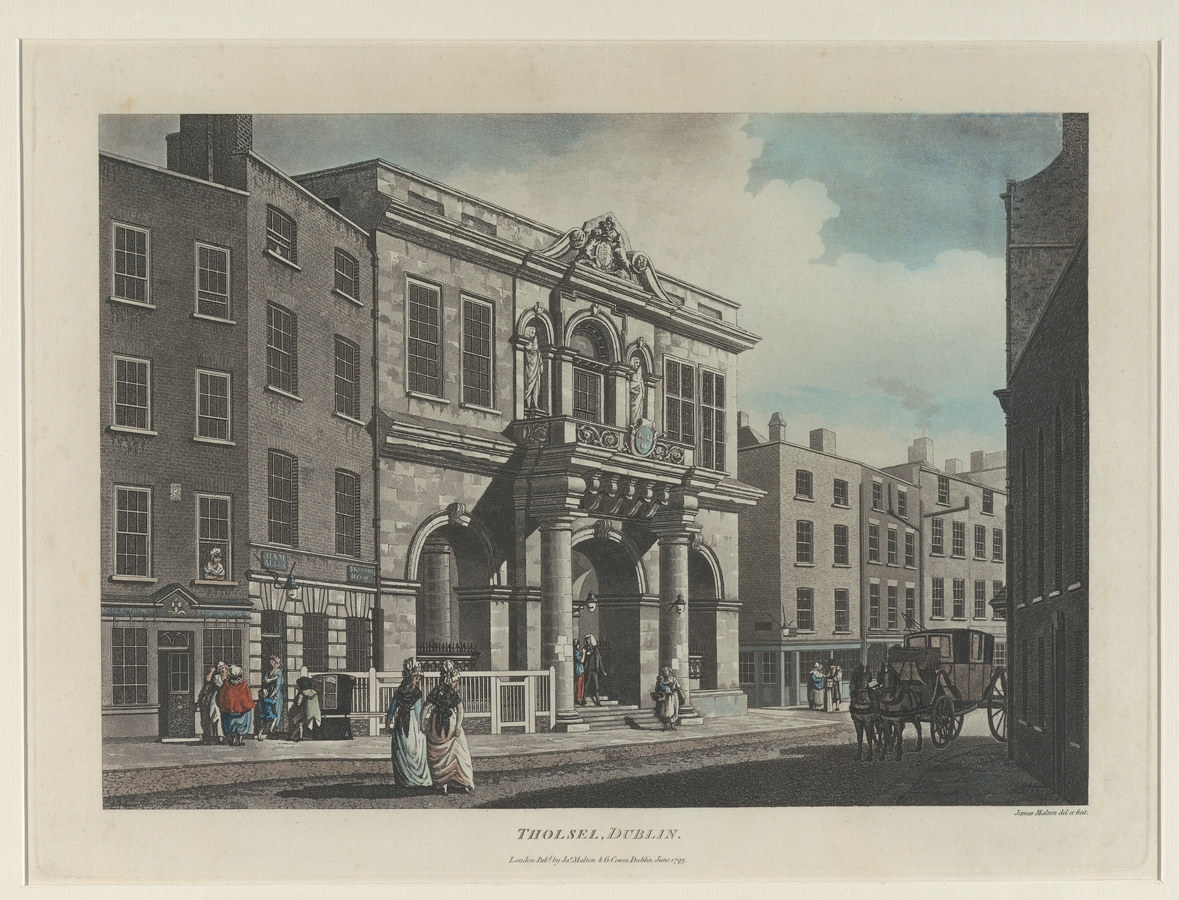 Malton died in Marylebone, London, on 28 July 1803, but his Dublin views continued to be produced, initially as monochrome prints and subsequently as coloured aquatints. The set in this exhibition is from the second edition, issued in 1812 or after. 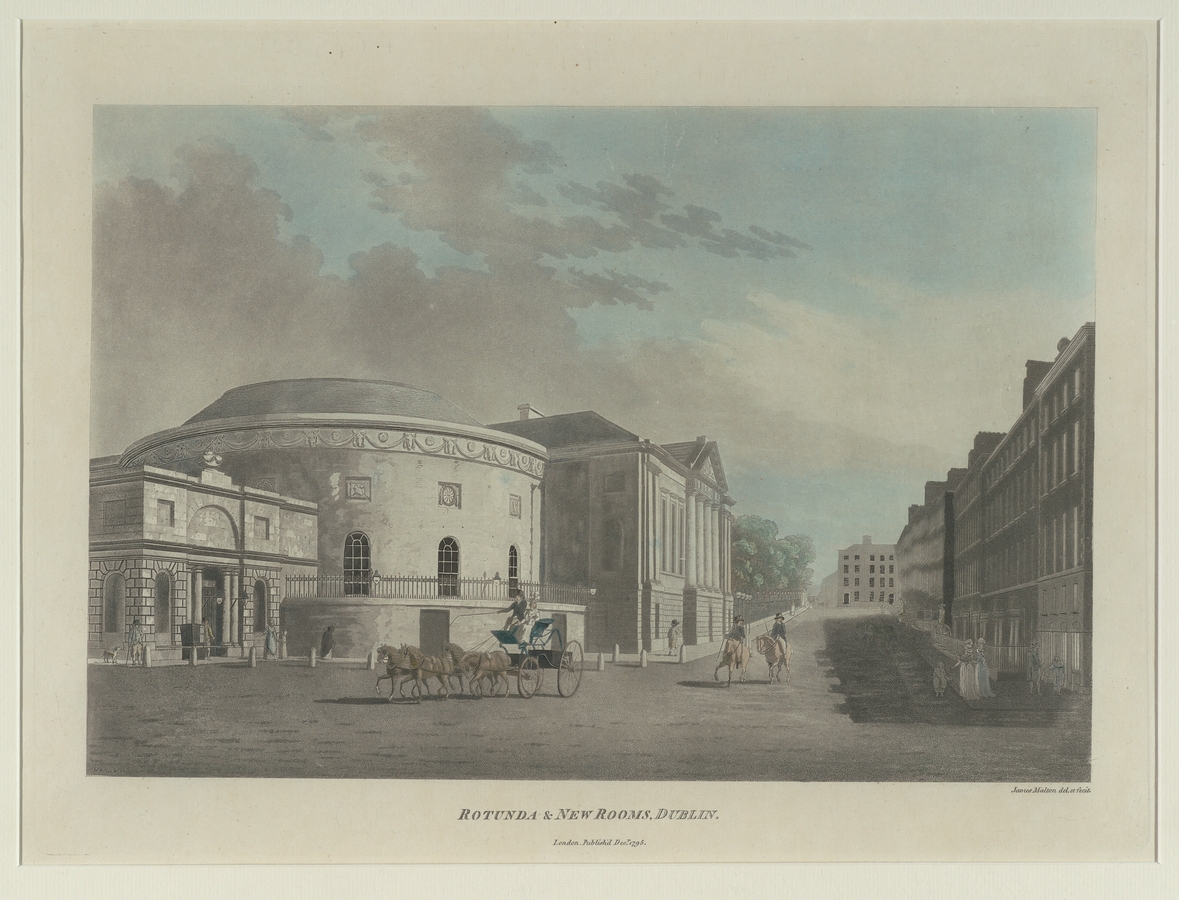 While much of the built fabric of Georgian Dublin remains – only two of the principal buildings so carefully delineated in the engravings are no longer extant – modern perceptions of what the late eighteenth-century city was like to live in or visit are framed through the eyes of James Malton. His twenty-five ‘Picturesque and Descriptive’ views bring the city to life, animating its architecture with colour and incident.

A webinar entitled Reflections on Malton will take place on Thursday 30 September 2021.

The Irish Architectural Archive is very grateful to Eoin O Cofaigh and David McHugh, architects, by whom this set of Malton views was donated.

This exhibition is the first in the Architecture Gallery following the completion of the upgrading of the gallery lighting system made possible by a Community Heritage Grant from the Heritage Council.