In association with Askeaton Contemporary Arts, this solo exhibition by Adrian Duncan  is the culmination of a year-long, Arts Council-supported, artist residency based in Dublin and Askeaton. During this time, Duncan has researched and developed a new series of sculptures, displays and printed matter, each related to the cultural impact of a uniquely Irish housing phenomenon.

Bungalow Bliss by Jack Fitzsimons first appeared in 1971 as a self-published catalogue of affordable house designs. Initially distributed out of a car by Jack and Anne Fitzsimons to newsagents, petrol stations and bookshops, over the course of the next thirty years the Fitzsimons sold over a quarter of a million copies throughout Ireland. It resulted in tens of thousands of new dwellings appearing in Irish towns and surrounding countryside, radically transforming the Irish landscape and housing environment. 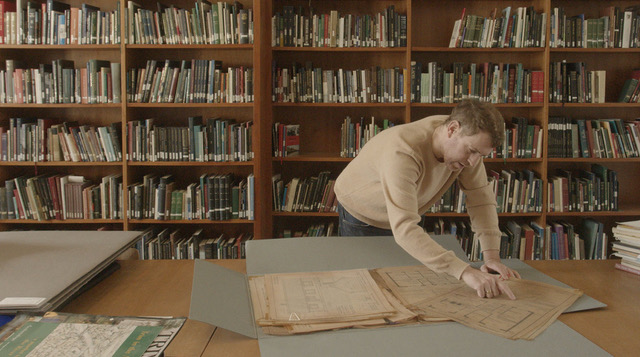 Adrian Duncan grew up in one such bungalow in Longford, and this upbringing has influenced much of his recent artistic and literary work. In this exhibition, sculptures derived from the physical dimensions of a bungalow subtly yet repeatedly intervene throughout the Georgian grandeur of 45 Merrion Square. The artist’s own experiences of drafting engineer drawings are reflected in new artworks placed beside a selection of key Bungalow Bliss designs and publications in the Architecture Gallery. A collaboration by Duncan and textile designer Olga Tierney hangs in the entrance hall while to the rear Duncan has constructed a full-scale bungalow roof structure out of timber trusses in a gentle yet poignant provocation. Curiously out of place in the middle of Dublin and miles away from any other building of its kind, it becomes apparent that the history of housing in Ireland is a long and complex one, and that familiarity with previous incarnations of building and dwelling is crucial to finding new kinships and forms of living today. 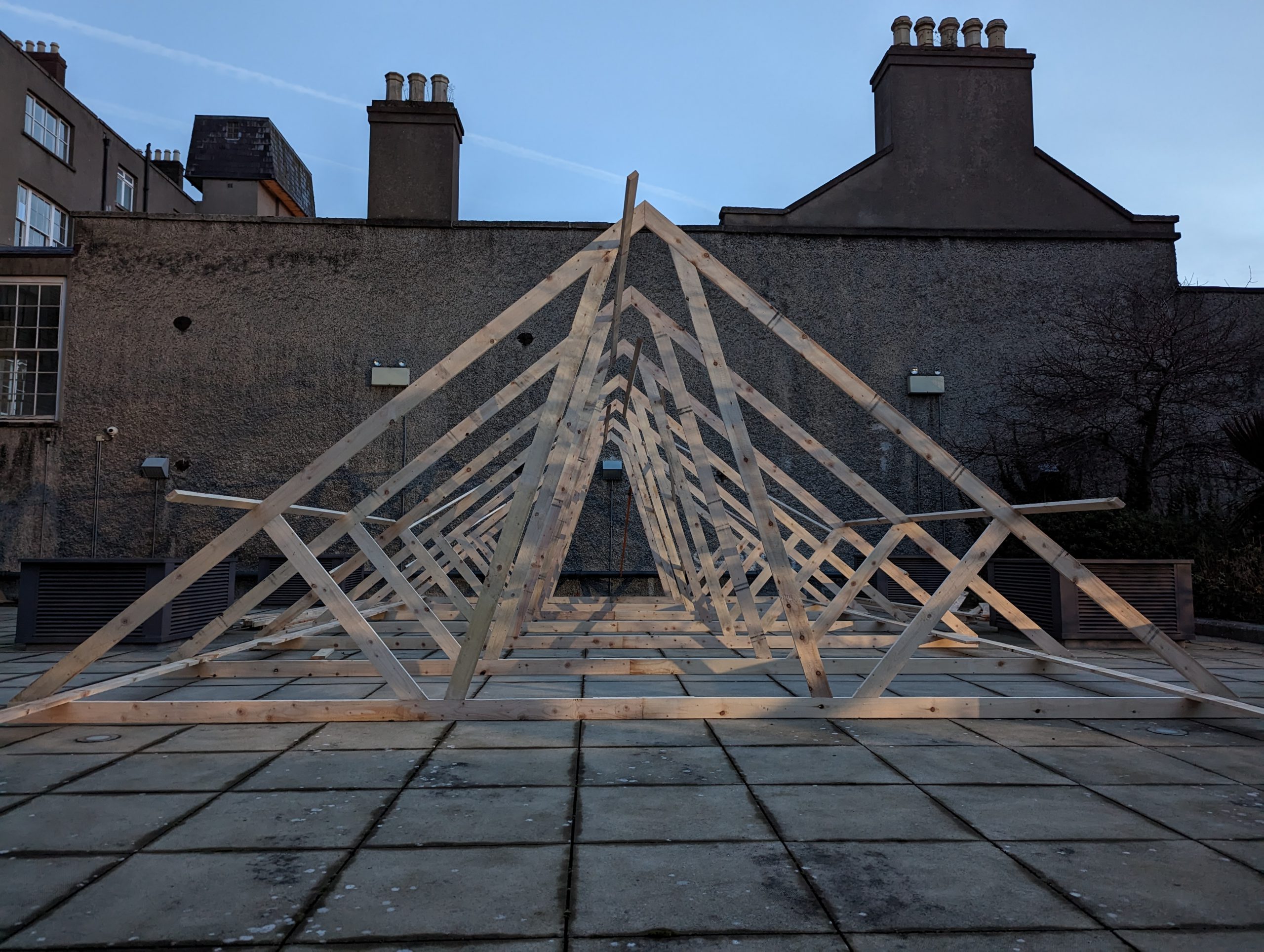 Duncan’s expansive research is further featured in his book Little Republics: The Story of Bungalow Bliss, published in late 2022 by Lilliput Press.