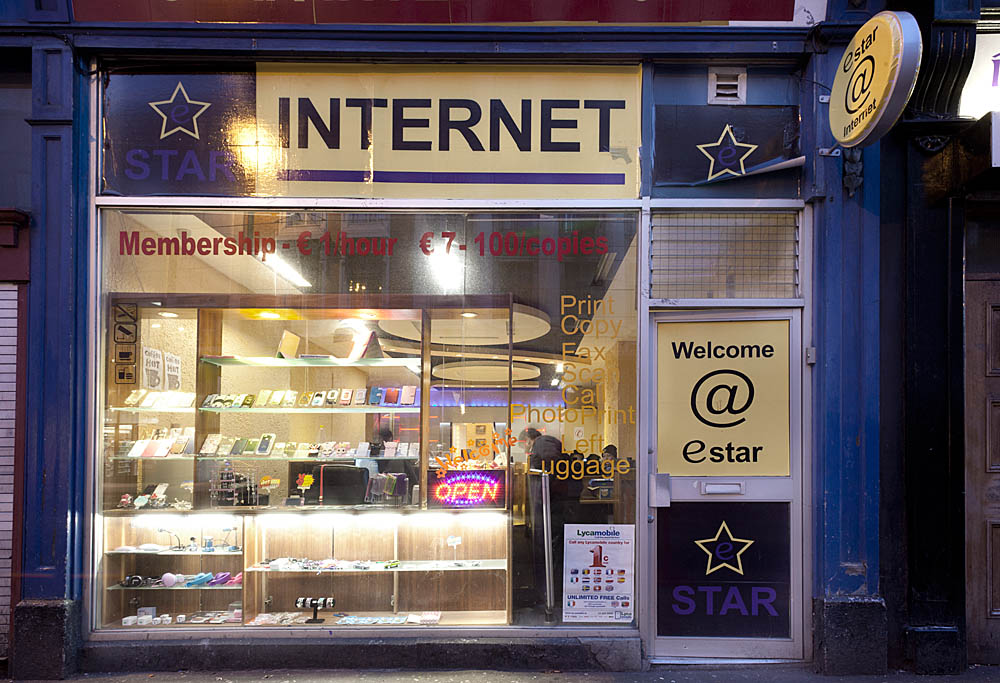 Tierney provides specialist commercial, conservation and architectural photography. Many of his projects have gone on to win awards, nationally and internationally. He is regularly published in leading journals including Architecture Ireland, Architects’ Journal, Baumeister, and A1. Recent publications include a James Coleman Retrospective (Museo Reina Sofia, Madrid ), AAI Awards 2013 and UCD Sutherland School of Law commemorative book.

In 2010 Tierney undertook a personal project exploring a particular class of Dublin institution – the small, local shop. Describing how he first began the project, Tierney says ‘The idea originated in a chipper in Arbour Hill, Dublin. The chipper had a huge plate glass window, through which you could see the street outside, the lettering on the glass and your own reflection. The reflection also showed the menu of the chipper, the people queuing, and the people behind the counter. It was a striking visual effect that I felt should be captured.’ 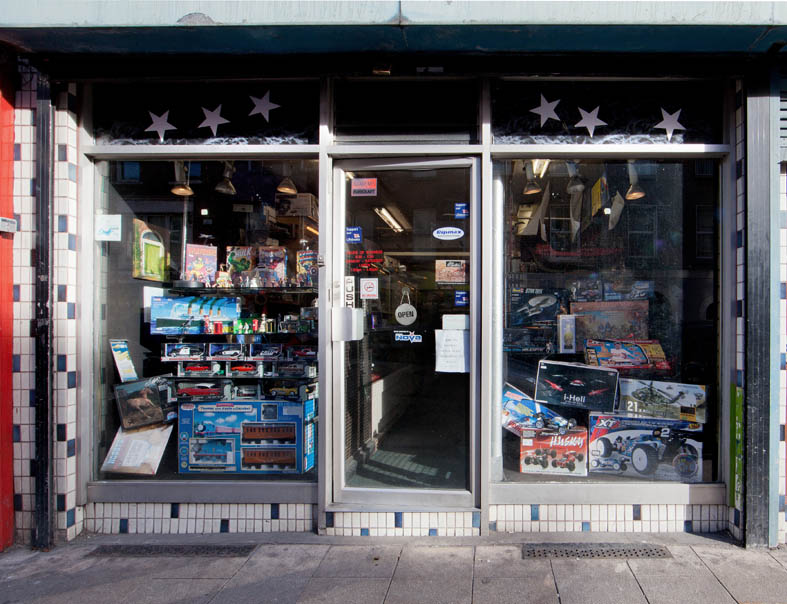 Tierney’s shops project resulted in an exhibition in the Darc Space Gallery and a publication, Ten Pictures. Carefully composed and framed, these photographs of various premises throughout the city document the ordinary shop and its merchandise. This is a study of an expression of Irish vernacular architecture, preserving a record of a receding presence on the capital’s streets. Aluminium mullioned, neon-lit shop windows are full of old-fashioned displays at once inviting and almost overwhelming, stuffed with samples of the goods and wares available in the Aladdin’s Cave within. The pictures have a documentary quality, with Tierney using his architectural eye to capture the symmetry of the spaces, but these images also manage to convey something more ethereal – the personality as well as the purpose of the shops. 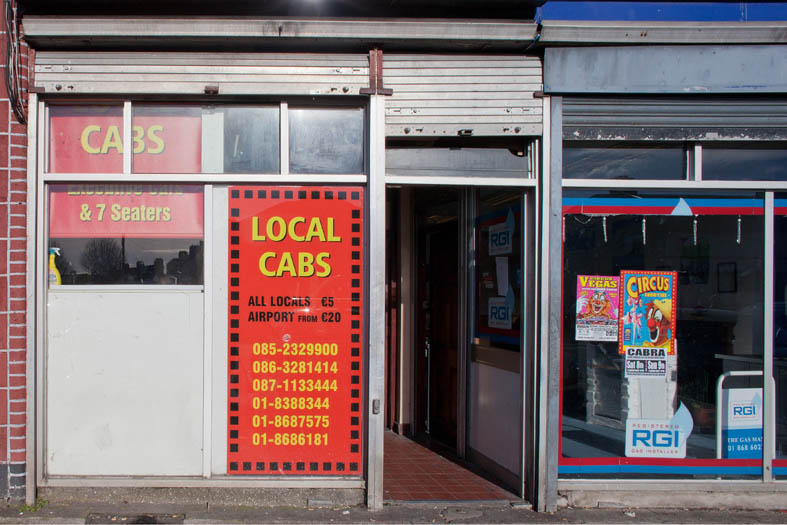 The Irish Architectural Archive is delighted to welcome to the Architecture Gallery a new collection of shop images, developing Tierney’s original 2010 work. This exhibition continues the Archive’s exploration of the interface of photography and architecture. Previous exhibitions have included Paddy Prendergast’s very personal take on the Irish country house, Tim Durham’s forensic recording of Shackleton’s Mill, and Willem Heefer’s meditation on Dublin social housing. Most recently, the Architecture Gallery played host to High Shelves and Long Counters, photographs of rural Irish shops by Winifred McNulty and Heike Thiele, a fascinating counterpoint to Tierney’s urban exploration of the same general theme. 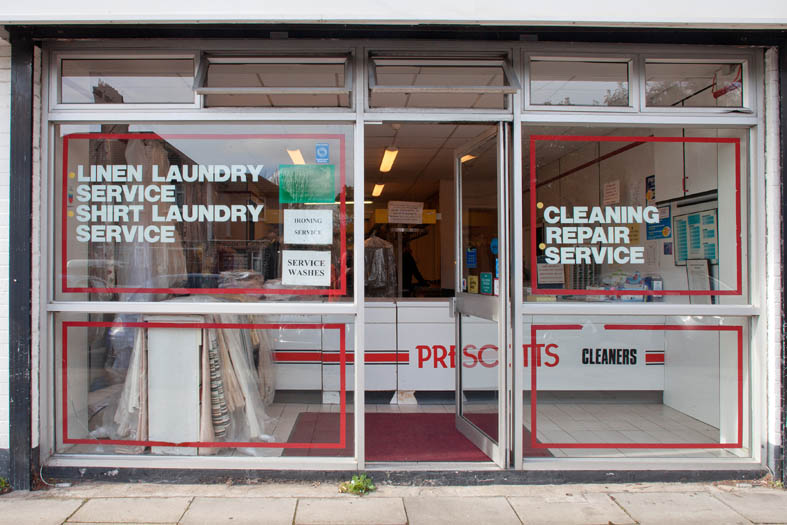 Dublin Shops will run in the Architecture Gallery, Irish Architectural Archive, 45 Merrion Square from Tuesday 11 March to Friday 25 April 2014. The Architecture Gallery is open to the public from 10 am to 5 pm, Tuesdays to Fridays. The exhibition will be accompanied by a series of lunchtime lectures, details of which are available  here.