Artist and curator Niamh McDonnell invited five artists to create diagram artworks in response to two sets of archival documents and reconstruct acts that inscribe the subject’s relation to the state: the signing of the Covenant and Declaration documents at Belfast City Hall in 1912 and the reading of the Proclamation document at the General Post Office, Dublin, in 1916. 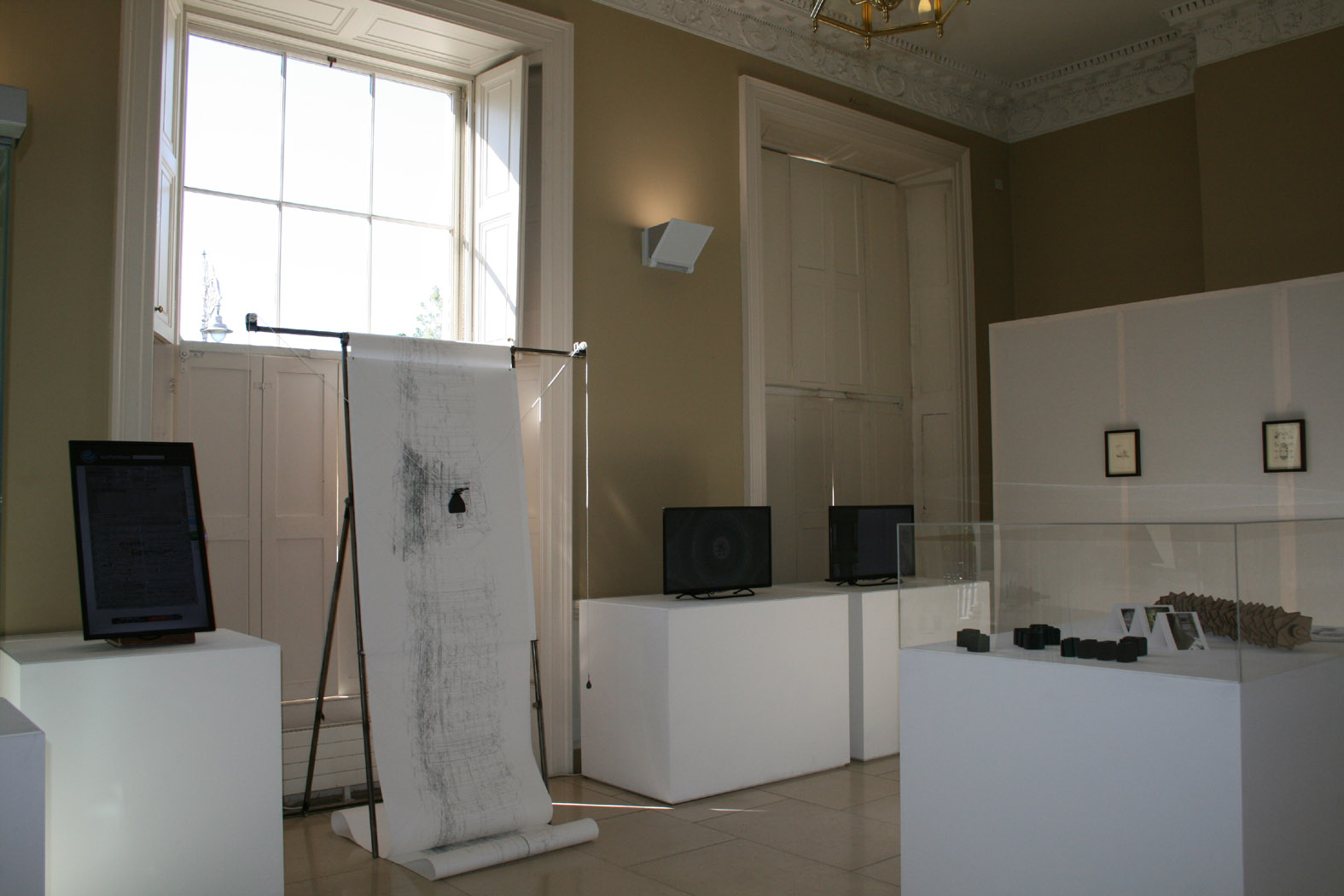 McDonnell has provided five artists with sets of instructions for experimenting with the production of reconstructions of the acts of inscription of subject relation to the state: the 1912 signing of the Covenant and Declaration Documents at Belfast City Hall and the 1916 reading of the Proclamation at Dublin General Post Office. Robin Price has created a screen-based display that generates different ways of spatially organizing the material data of the Covenant and Declaration document signatures in real time. eegb (Edmund Eva and George Baldwin) have programmed a drawing machine that re-describes the data generated on the screen display of digitized signatures by following different algorithmic instructions. Maxim Surin has made a pair of video pieces based on following a set of instructions to capture views of the City Hall and the GPO, focusing on describing the architectural surfaces of each building. Robert Anderson has created a series of drawings of fictional bookplates based on ornamental building features and symbolic objects that imagine the architecture of the City Hall and the GPO in a neo-classical style. The exhibition of these diagram artworks represents a proposal for a multimedia installation at the two municipal buildings where the acts of inscription took place – Dublin’s GPO and Belfast City Hall. 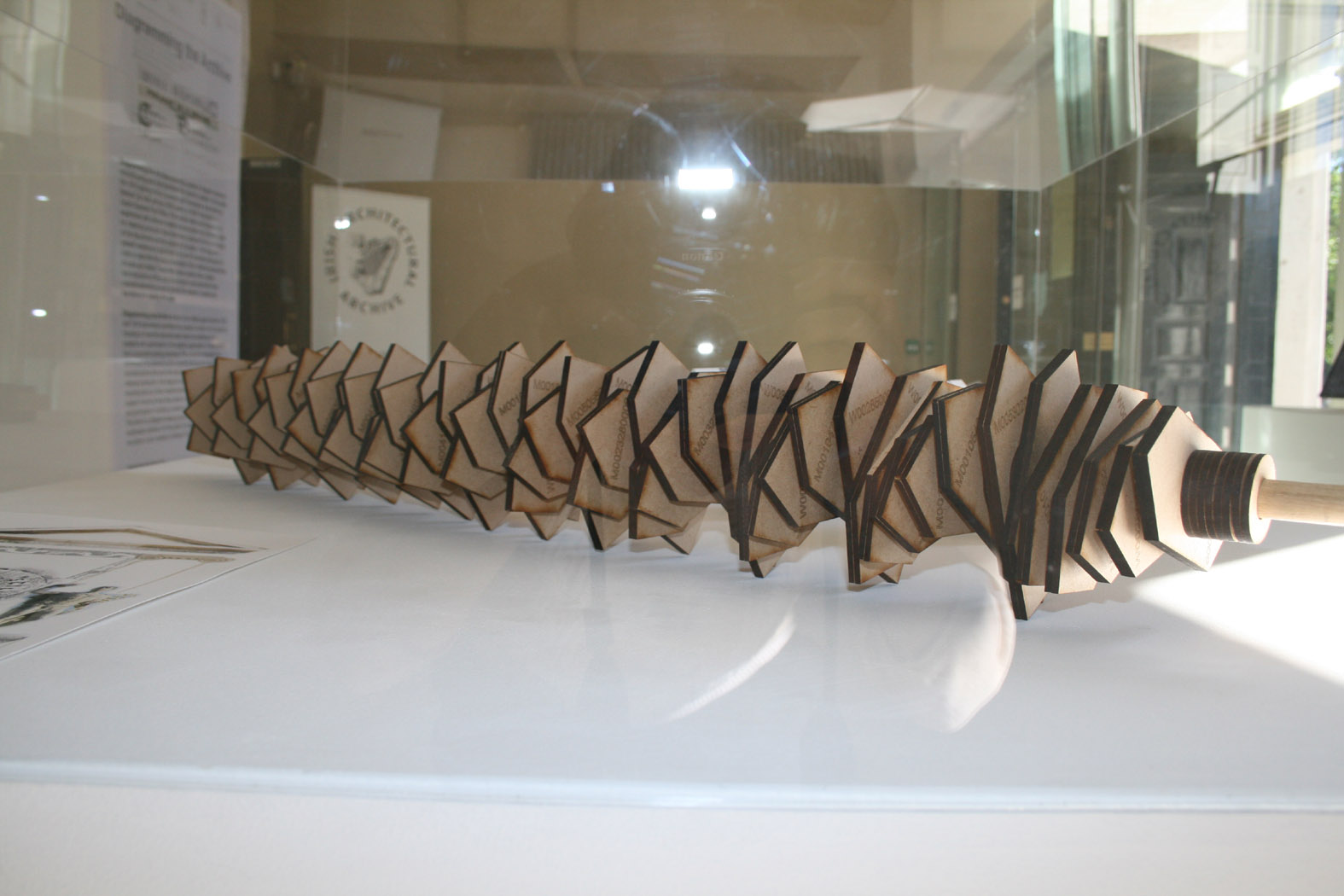 Belfast City Hall (opened in 1906) was the centre of a network of Ulster Day signing locations, it’s Victorian Baroque Revival architecture symbolizing the absolute power of the imperial state. Over 500,000 people inscribed the documents at Belfast City Hall on Ulster Day, 28th September, 1912. The documents were thus part of a popular movement of resistance and acted as a strategic deterrent against the Home Rule Bill that sought to introduce a parliament in Dublin. 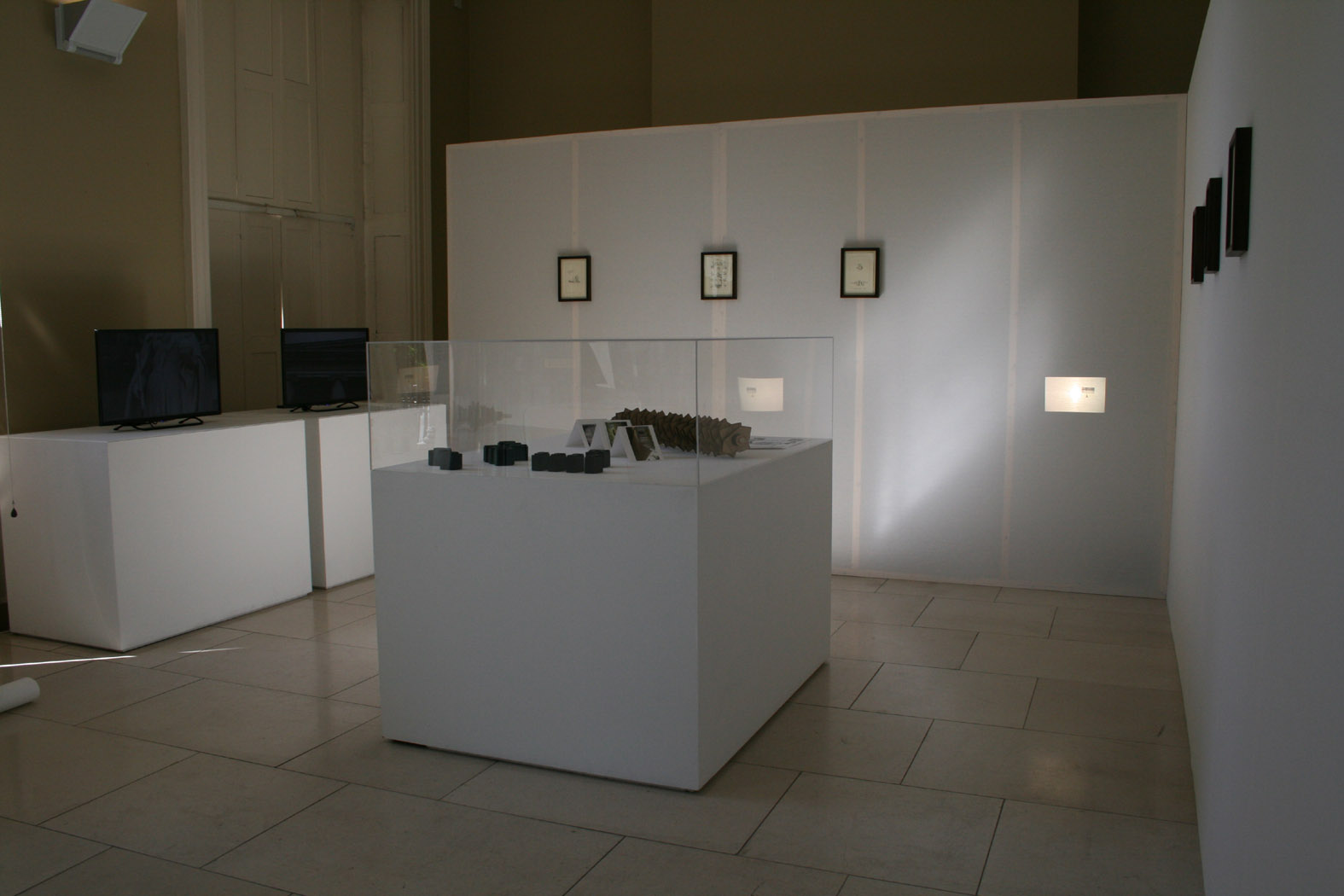 The seizing of the GPO (built in 1818) on Easter Monday 1916 was the symbolic centrepiece to the attack on the empire by disrupting its communications. The Proclamation, singed by seven men ‘on behalf of the Provisional Government’ and read by Patrick Pearse outside the GPO, drew on aspirations in the Irish imagination recollecting its past in calling for the foundation of the Republic as an autonomous state. 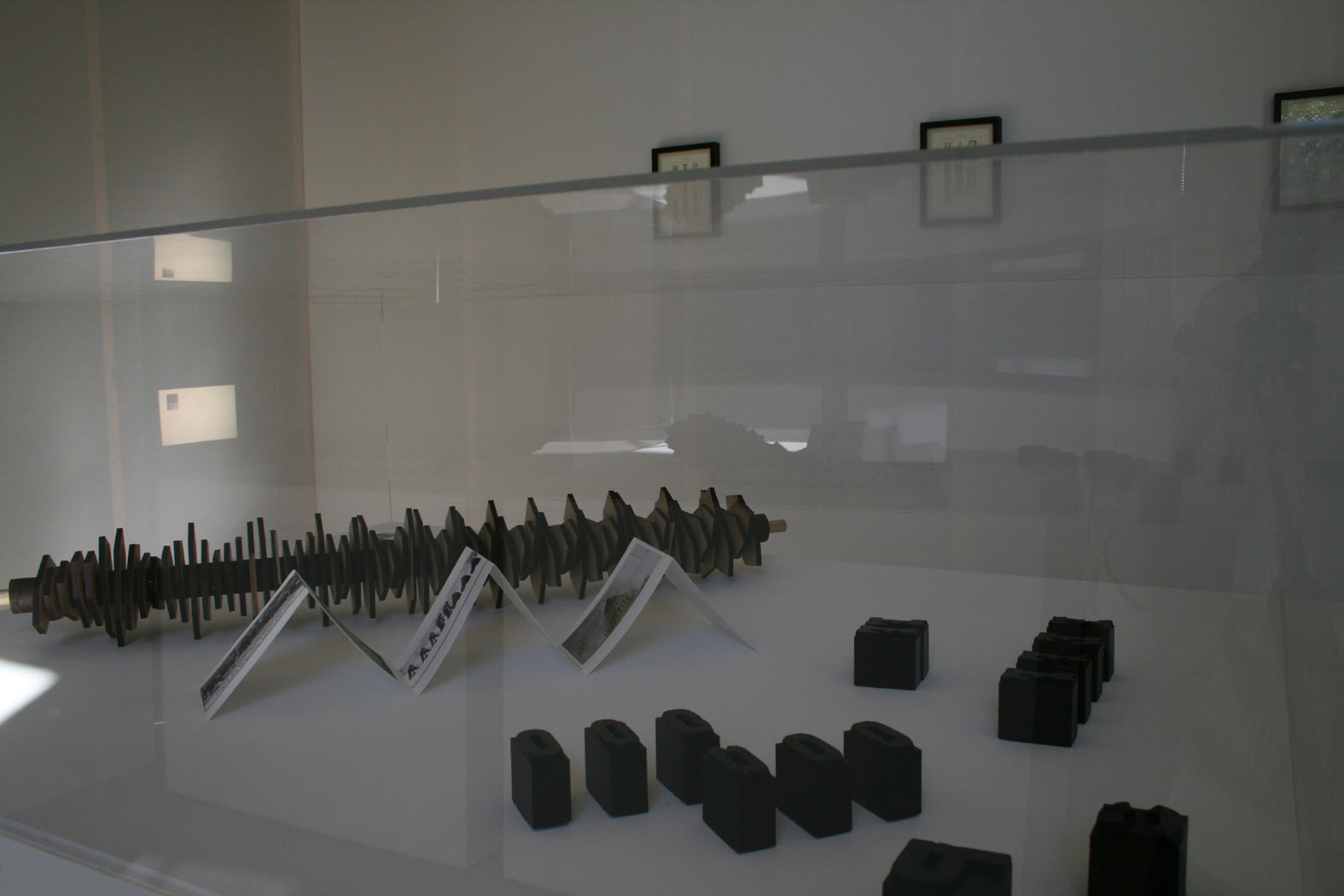 The study of these documents is faced with the problem of conceptualizing the act of inscription in terms of how it represents the writing subject on the basis of their fixed position in relation to the absolute power of the state. This project confronts this challenge by considering not only the documents’ production through mechanical print and handwritten signature but also their transformation into artefacts through the conceptual framing of their observation. 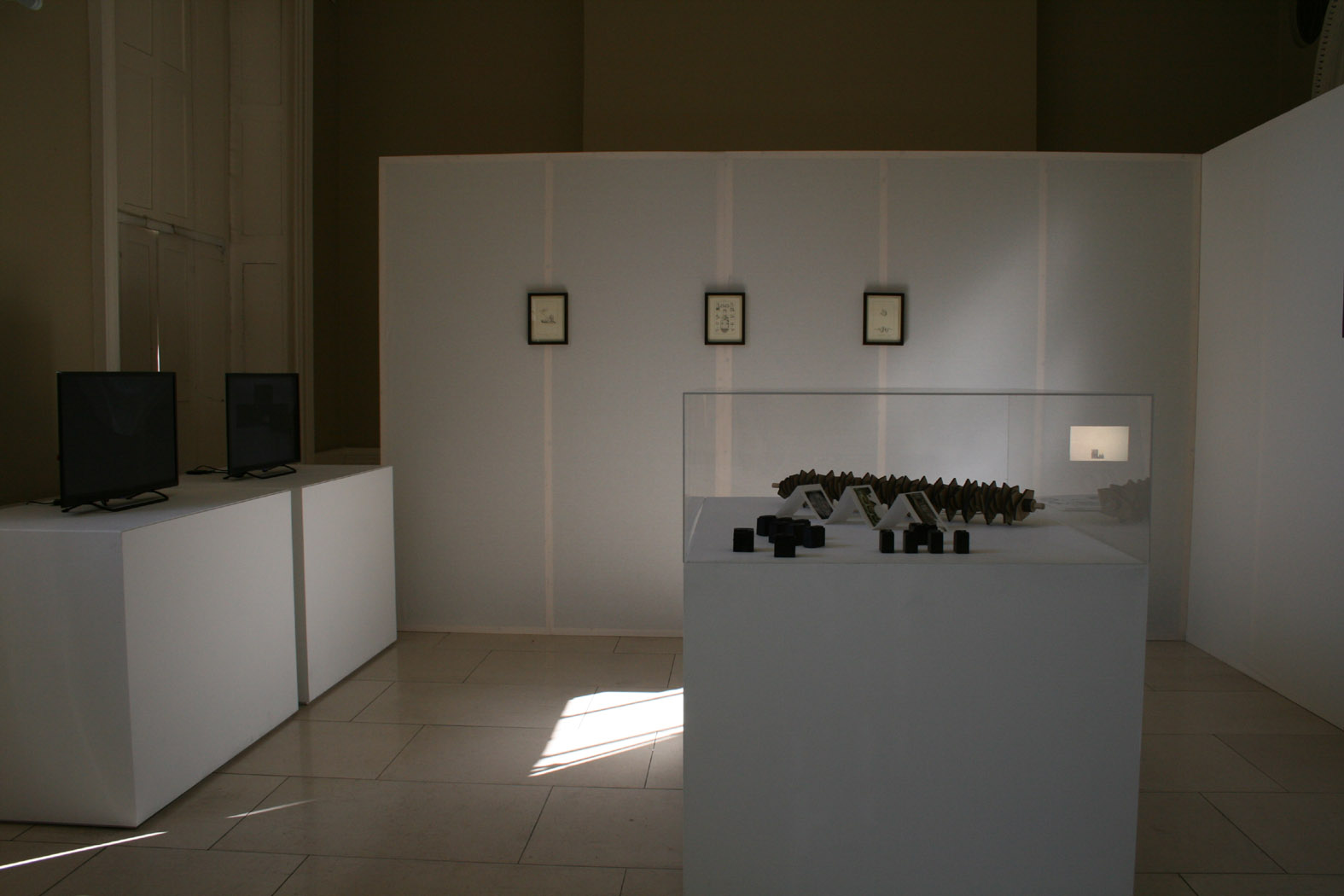 This project was sponsored by the British Council and the Department of Arts, Heritage and the Gaeltacht.