The history of Leinster House falls naturally into three distinct phases. The house was initially built from 1745 as the Dublin residence of the FitzGeralds, Earls of Kildare and, from 1766, Dukes of Leinster. In 1815 it passed into the ownership of the Dublin Society, or Royal Dublin Society from 1820, serving as the Society’s offices, meeting house, museum and library. Finally, since 1922, Leinster House has been the home of the Oireachtas, the parliament of Ireland.

By far the most important source of information on the architectural history of Leinster House is a remarkable group of over sixty original eighteenth-century architectural drawings. These were acquired by the Hon. Desmond Guinness and his first wife, Mariga, in 1958. In 1996 the Guinness Drawings Collection was transferred to the Irish Architectural Archive with the help of what is now the Department of Tourism, Culture, Arts, Gaeltacht, Sport and Media. Included are drawings from 1745 by Richard Castle, the original architect of the building, drawings from the 1750s by Isaac Ware who was responsible for many of the grand interiors, and drawings by James Wyatt, who completed the last of the great public rooms in the 1770s. Cumulatively, these drawings – in number, in quality of draughtsmanship, and in evidential value – form a unique group, the largest body of such material relating to any eighteenth century Dublin townhouse.

The later phases of its history have left their marks on Leinster House, and totally transformed its surroundings. However, the house built for James FitzGerald (1722-1773), twentieth Earl of Kildare and first Duke of Leinster, and decorated for him and his successors, has remained largely as delineated in these beautifully executed drawings, a selection of which forms the core of this exhibition.

To these have been added material from the Royal Dublin Society and the Office of Public Works, and a series of modern visualisations specially commissioned to show the footprint of the complex at each stage of its existence down to the present day. 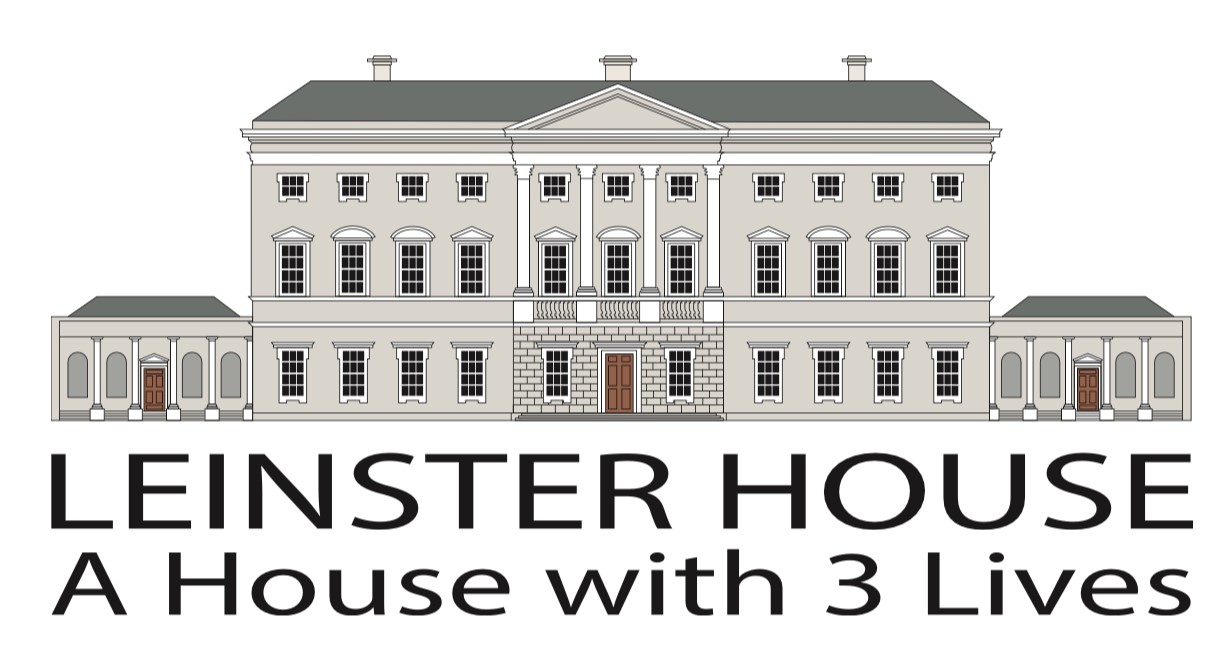 In association with the exhibition, a one-day symposium reflecting on the architectural history of Leinster House was held in the Irish Architectural Archive on Thursday 13 October 2022 .

The presentations were recorded and may be viewed here: https://h3l2022conference.webador.com/