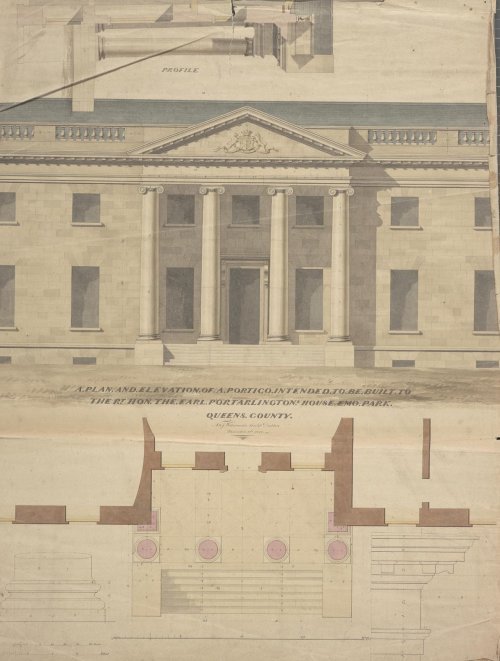 In 1780, at the instance of John Dawson, 2nd Viscount Carlow (afterwards Earl of Portarlington), James Gandon prepared designs for the proposed new Custom House in Dublin, and the following year he came to Ireland to superintend its building. While work on the Custom House proceeded, Dawson commissioned Gandon to design new gates for his country seat at Emo, Co. Laois, and in 1790 he asked Gandon to design a new house. Emo Court was unfinished when Gandon’s patron died in 1798, and work continued for Portarlinton’s successors under various architects until the middle of the next century. A number of Gandon’s proposals for Emo Court survive and are held by the Irish Architectural Archive, along side other drawings for the building including this proposal for the entrance front portico by Arthur and John Williamson. These brothers had connections with Armagh and family ties with Francis Johnston. Between 1822 and 1831 they prepared designs for the north and south porticos at Emo, for the north front, for the drawing room ceiling and for various out-offices including an ice-house. The brothers were later active as developers in Dublin, first in Paradise Row and the Mountjoy Street area, and later in Rathmines where, in partnership with John Bulter, they built the present Leinster Square. Gandon had proposed a Doric portico at Emo; the Williamsons designed an Ionic version but otherwise followed Gandon’s intentions and this is the portico which was executed.

A selection of the Archive’s Emo Court drawings is currently on display in the newly opened first floor of Emo Court itself – see http://emocourt.ie/ for more. 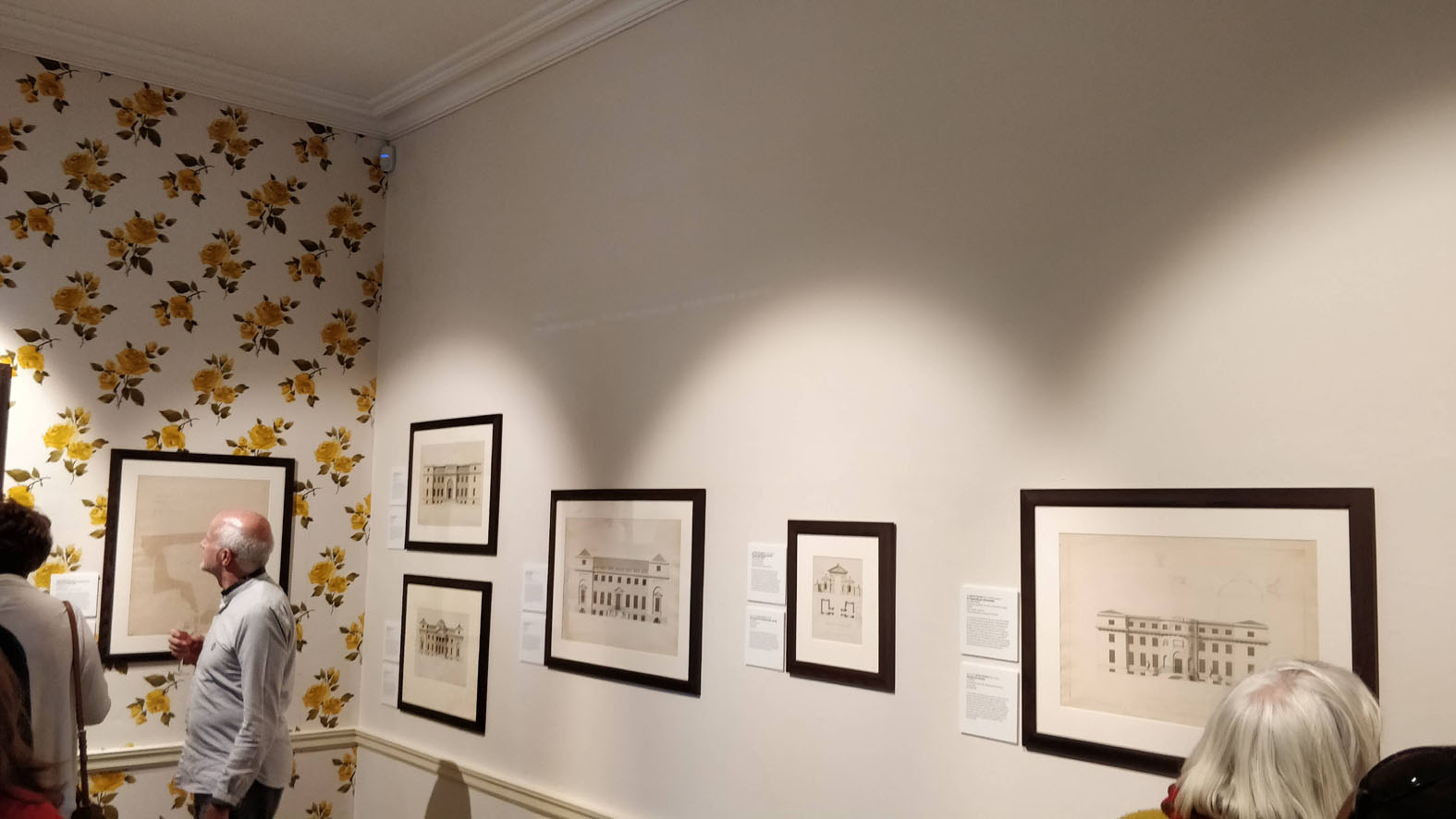