The Irish Architectural Archive has initiated the occasional exhibition of objects selected from the collections by a member of staff. These ‘curator’s choice’ items are whimsically chosen, picked because they are interesting or beautiful or appeal to the individual eccentricities of a particular staff member. They are to be found on display in the first floor rooms of 45 Merrion Square. 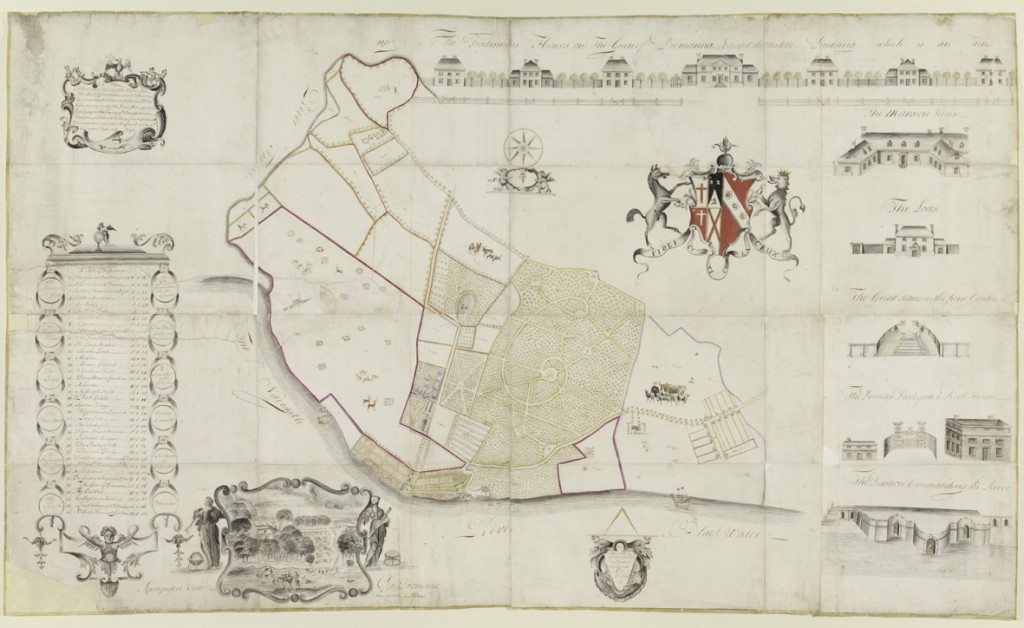 The first ‘curators choice’ is this estate map of Dromana demesne and Villierstown, Co. Waterford, produced in 1751 for John Villiers Stuart (c.1684 – 1766), 1st Earl Grandison, by the otherwise unknown surveyor Henry Jones. The map is unusual in the number and detail of the architectural elevations with which it is adorned. 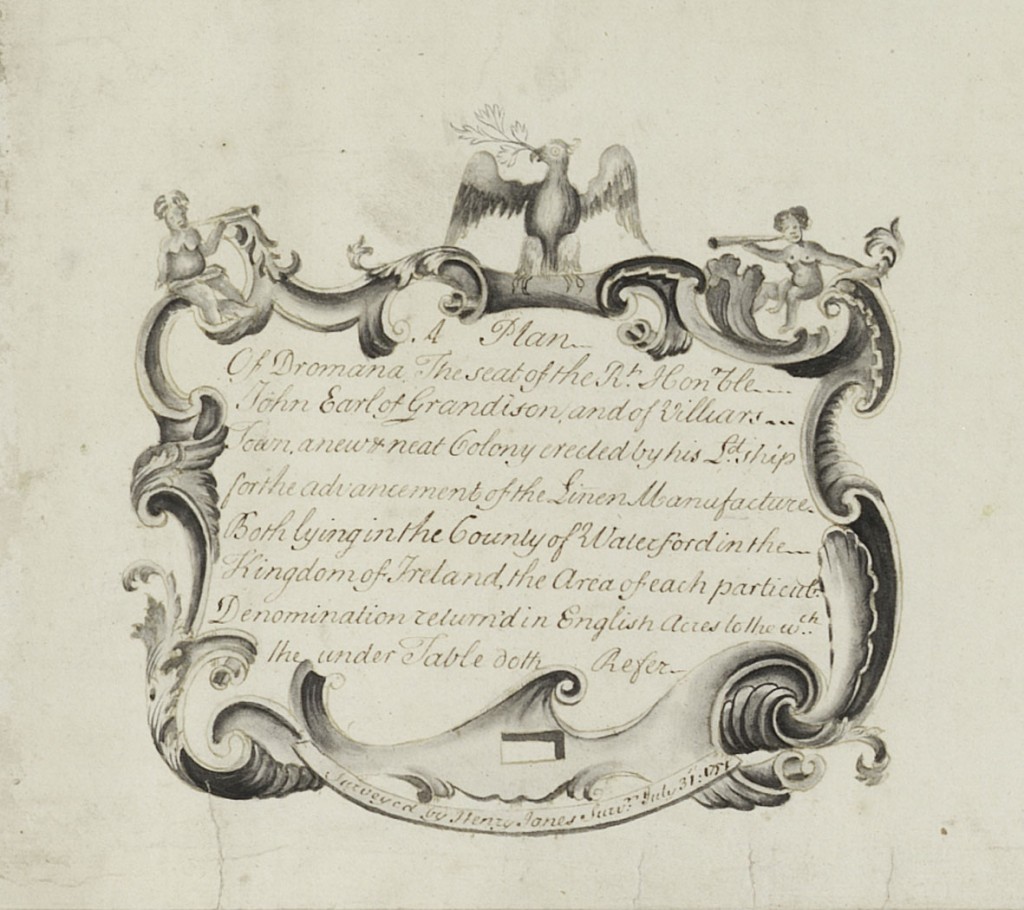 Grandison, known as ‘Good Earl John’, was an improving landlord who had the village of Villierstown constructed on his estate specifically as a centre for linen manufacture. Across the top of the map is shown the neat row of village houses built to accommodate the Ulster linen workers who were to be brought to the village to help establish the new industry on a sound footing. At the centre is an inn, presumably required to accommodate the merchants and traders who would flock to deal in the locally produced linen.

This experiment in social engineering ultimately failed, and linen never became the cash crop of the area. However, Villierstown found other ways to thrive and, although few of the buildings are recognisable from the map, it remains to this day one of the neatest of the planned estate villages in Ireland.

Down the right-hand side of the map are depicted the principal buildings of Dromana demesne, including Dromana House itself, with its prominent Gibbsian doorcase.

The house was much enlarged in the 19th century, so much so that this door was reduced to providing access to a rear courtyard. However, the demolition of the later additions in the mid-20th century resulted in the Gibbsian entrance becoming, once again, the main door. Other structures depicted on Jones’s survey, including the terraced garden, the ‘Rock House’ and the boat house, still survive. 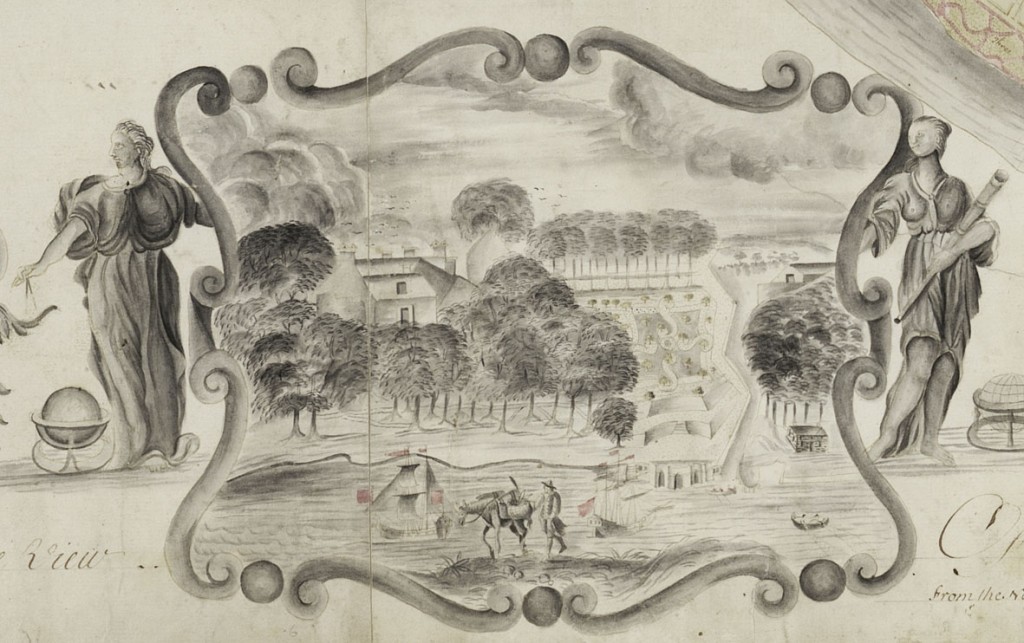 The map was found in a second-hand book shop in England by James Howley and purchased by the Archive in 1994 with the aid of the Friends of the National Collections. 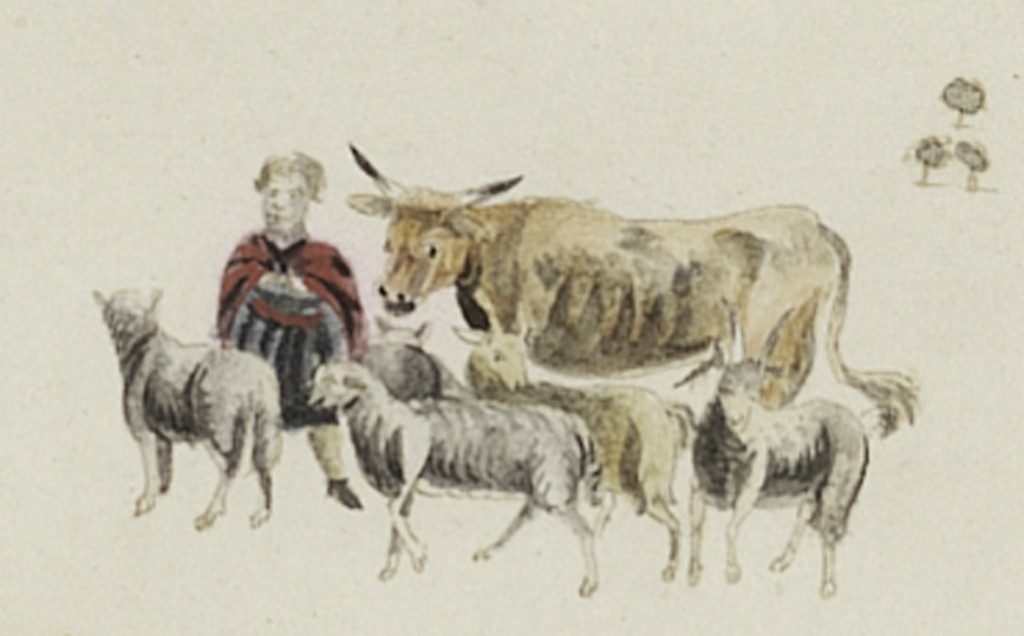