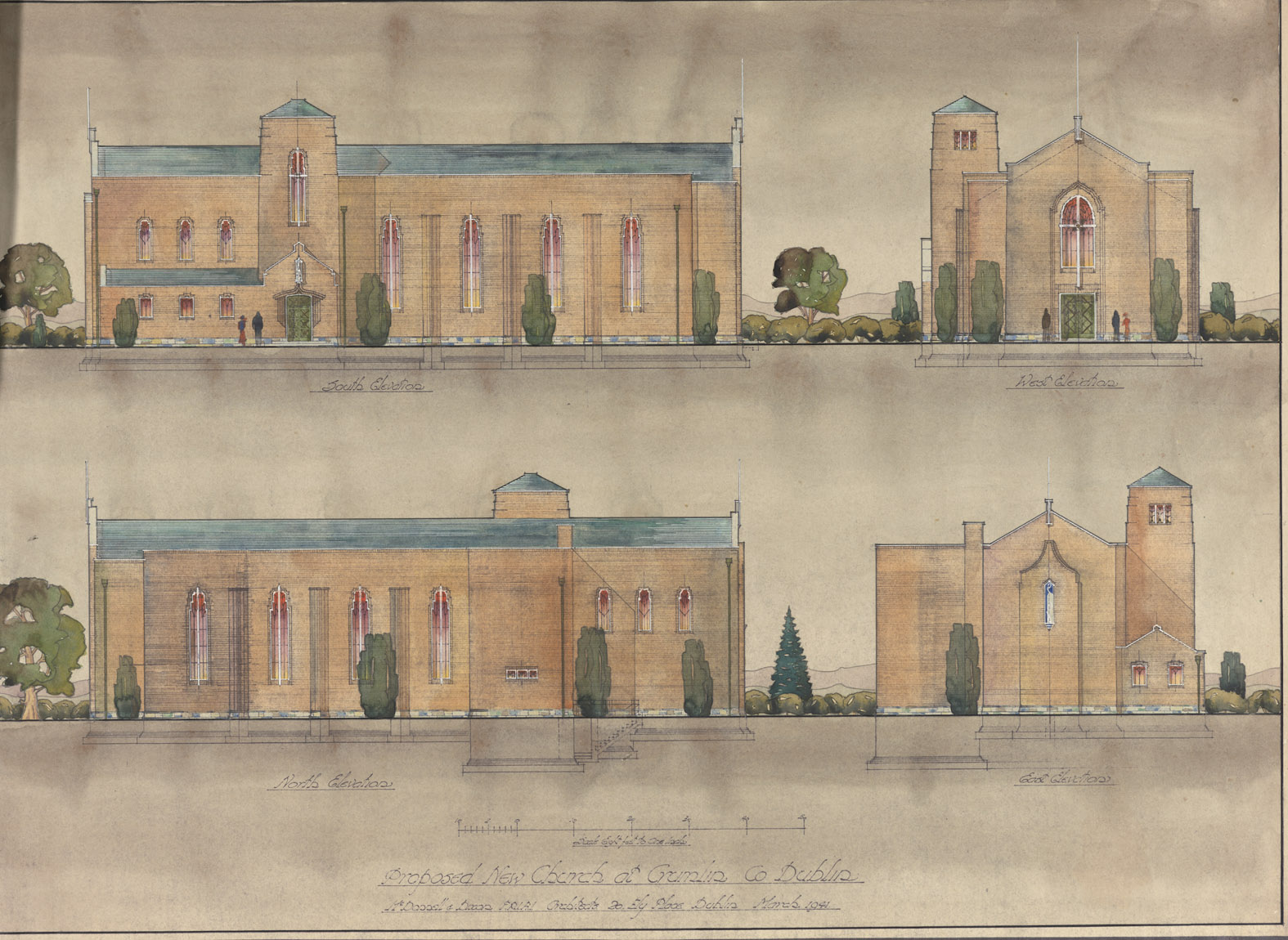 The pre- and post- World War II Catholic churches of Dublin – Christ the King, Cabra, for example, or Our Lady Of Consolation, Donnycarney – are huge edifices built to provide for the spiritual needs of burgeoning suburban populations. The Church of Ireland also provided at least one new church for the growing suburbs – St Mary’s Parish Church, Crumlin. This 1941 hand-coloured dyeline print is from the McDonnell and Dixon Collection in the Irish Architectural Archive and shows the four elevations of the proposed church. A second copy of the same drawing is to be found in the architectural drawings collection of the Representative Church Body (RCB) Archives, and is included in the exhibition A Visual Window to an Ecclesiastical World: The Church of Ireland’s Architectural Drawings. Curated by Dr Michael O’Neill and running until the end of August 2019 in the Archive’s Architecture Gallery in 45 Merrion Square, the exhibition begins the commemoration of the 150th anniversary of Disestablishment and also marks the completion of the RCB’s ambitious programme to digitise and make freely accessible its architectural drawings collection (see https://archdrawing.ireland.anglican.org). The drawing for Crumlin is the last item in the exhibition, an indication that, much as Catholic church building came to an almost complete stop in the decade after the visit of Pope John Paul II, Church of Ireland church building substantially ended with the War. Completed in 1942 and built of the last bricks manufactured in the Dolphin’s Barn brickworks, the finished church is, as O’Neill notes in his exhibition caption, ‘plainer and gaunter’ than the drawing. The apparent austerity of the exterior is belied by elegant Art Deco flourishes, notably in the treatment of the windows, and an interior of calm and peaceful simplicity.

A series of lunchtime lecture to accompany the exhibition runs in the Irish Architectural Archive during Heritage Week, 20-23 August 2019. See here for more.