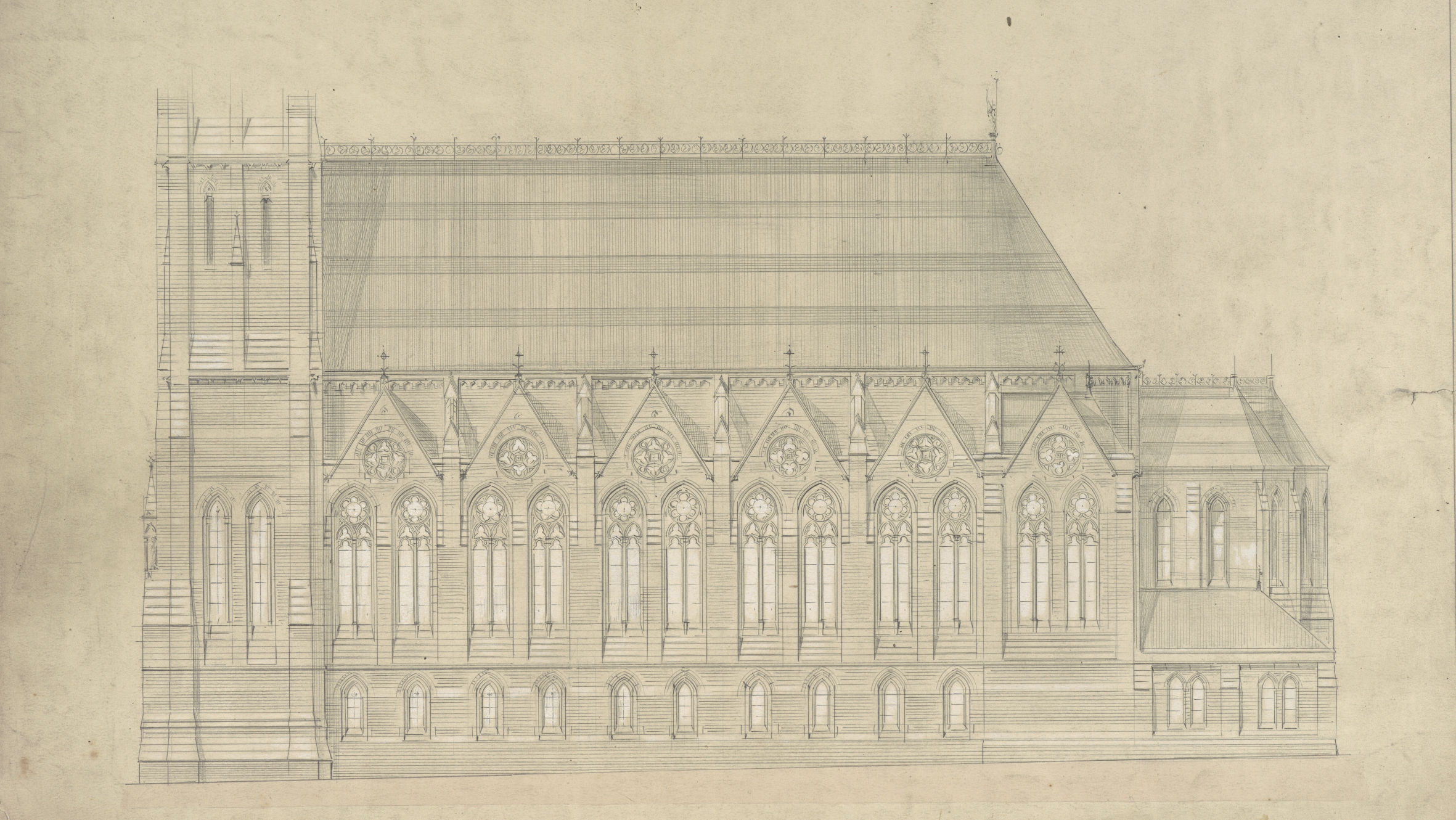 As described in Frank Keohane’s magisterial new addition to the Buildings of Ireland series, Cork City and County (Yale University Press, 2020), St Colman’s Cathedral is ‘perched on the hillside above the town… its 300-ft (90-m) spire is a dominant landmark, visible from most of the lower part of Cork Harbour. One of the most expensive churches built in Ireland during the 19C, it epitomizes the Roman Catholic resurgence during the High Victorian period.’ The architects for the building were E.W. Pugin and George Ashlin, who won out in an 1867 limited competition over George Goldie and J.J. McCarthy. The losers complained of favouritism from Bishop William Keane and withdrew, leaving Pugin and Ashlin with the commission. As Keohane dryly notes, the bishop ‘was in fact an old family friend of the Ashlins, and Ashlin’s brother Stephen, was the bishop’s assistant’.

This side elevation shows Pugin and Ashlin’s first scheme for Cobh, modelled, according to Keohane, on ‘their SS Augustine and John in Dublin… It lacked aisles and had rather Germanic gabled side elevations, in addition to a low chancel’. The scheme was abandoned in favour of a cruciform plan, and construction began in 1868. Pugin and Ashlin’s partnership dissolved in later that same year, and Pugin died in 1875, Ashlin however lived long enough to see all elements of the building completed just two years of so before his death in 1921.