House and Home is the title of the Irish Architectural Archive’s fortieth anniversary exhibition and a short series of blogs, beginning with this one, will explore some of the material in this exhibition.

One of the most curious items in the entire Archive collection is an engraved topographical view ostensibly showing a grand Irish house – the maison de plaisance, no less, of the Archbishop of the Province of Munster. 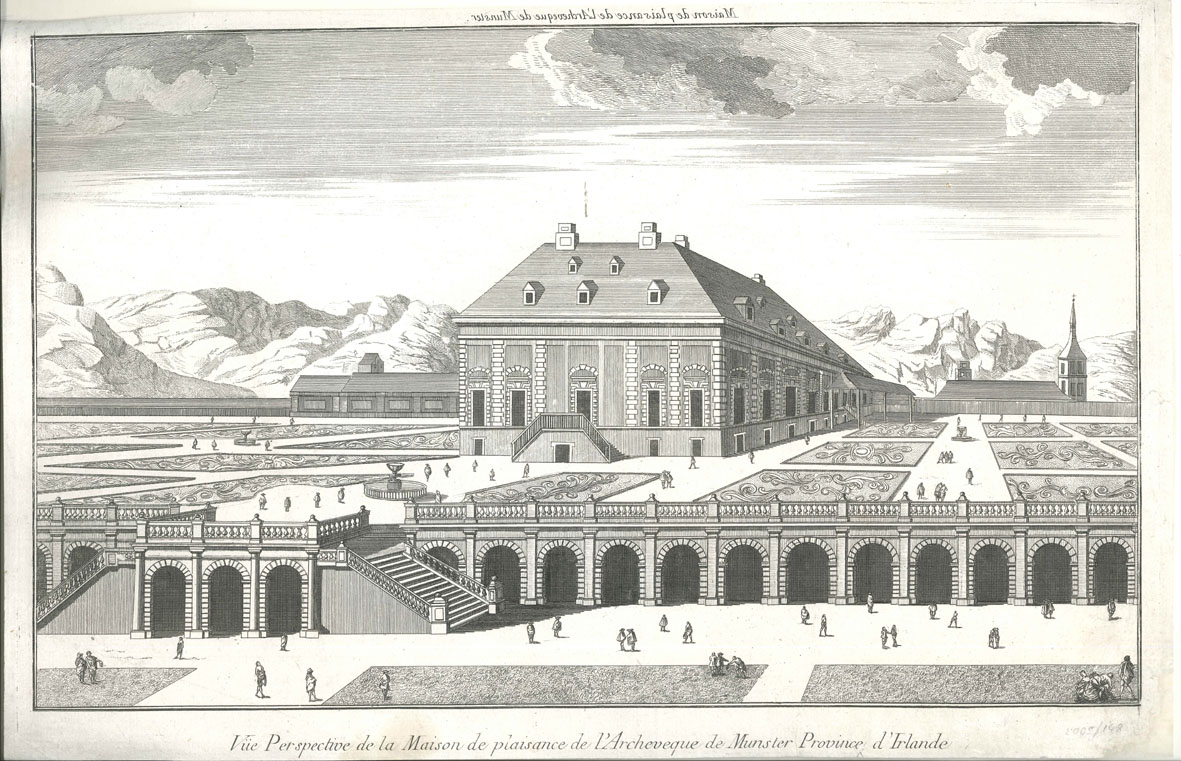 Although the imprint information is missing from this copy of the engraving, it was originally produced in Paris between c. 1750 and c. 1770 by Jacques (or James) Gabriel Huquier. Known as Huquier fils, he was an engraver, print dealer, wallpaper manufacturer and portrait painter. It is an example of a vue d’optique, a genre of engraving intended to provide the illusion of depth when viewed through a device known as a zograscope or diagonal mirror, hence the image was printed in reverse. Huquier fils produced a number of topographical vues d’optique depicting buildings in Austria, England, France, Germany, Spain and further afield. Most vues d’optique were brightly tinted after printing to enhance depth perception, although this example was not.

Beyond these facts, matters are less straightforward. From the steeple of the church in the background to the arcade supporting the terrace with its extensive formal gardens, to the mansard-roofed palace building itself, nothing in this view is remotely Irish.

What of the Archeveque de Munster? There is not now, nor has there ever been, an Irish cleric with the title ‘Archbishop of Munster’. The closest equivalent is the Archbishop of Cashel and Emly who from 1754 to 1779 was Michael Cox, builder of Castletown Cox, Co. Kilkenny. It would be nice to think that this is a notional French fantasy of what Cox’s proposed new house might look like. But no, a copy of the engraving in the Bibliothèque Nationale de France bears its true title: Vue Perspective du Palais Royal de la Sarcuela, maison de plaisance du Roy d’Espagne. 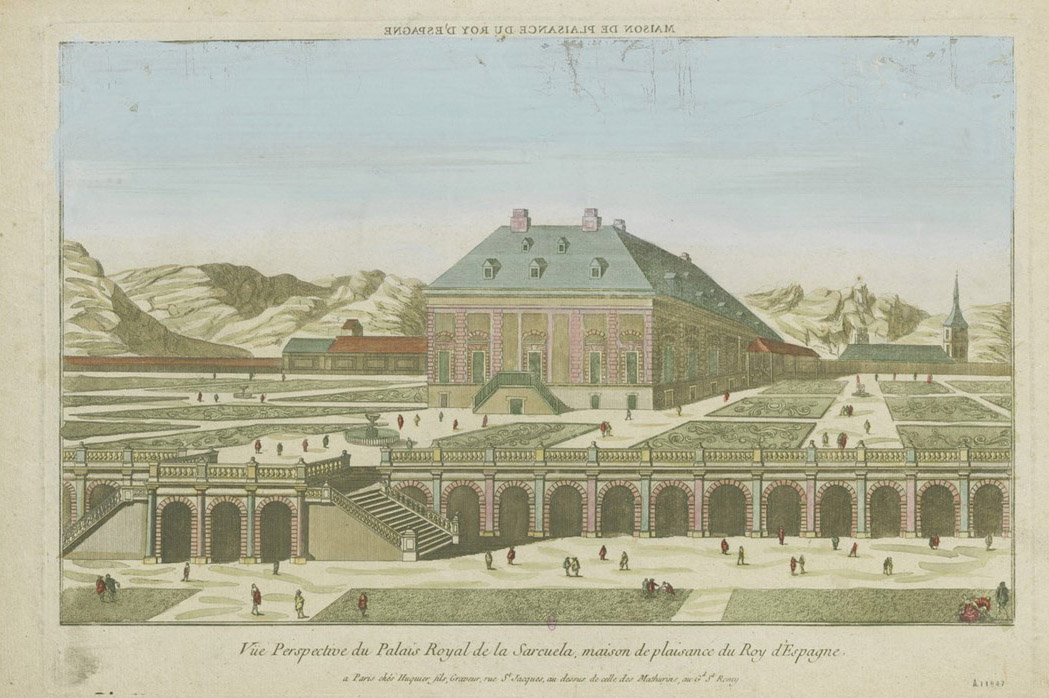 It is in fact a copy of a 1665 engraving by Louis Meunier of the Zarzuela Palace, Madrid.

When, where, why, and by whom was the engraving reprinted with a new title and an Irish location? Answers to those questions remain to be found.