The Irish Architectural Archive has a very clear collecting or acquisitions policy. If you like, you can read it here but what it boils down to – and the clue really is in our name – is that we collect architectural material. We define ‘architectural’ pretty broadly; we are interested in material of any kind relating to buildings of every kind across the length and breadth of Ireland. Even so, not everything in an architectural collection falls within this all-encompassing definition. We have numerous waifs and strays, items with tenuous or no architectural connections. In 1994, while sorting through a large collection of press cuttings about architects and buildings, we found one such stray; a small, folded, tattered sheet of newsprint which on closer examination turned out to be an original copy of Irish War News, the newspaper issued by Republican forces on Tuesday 25 April 1916, exactly 99 years ago tomorrow. It bears on its back page the ‘Stop-Press’ news that the Irish Republic has been declared. 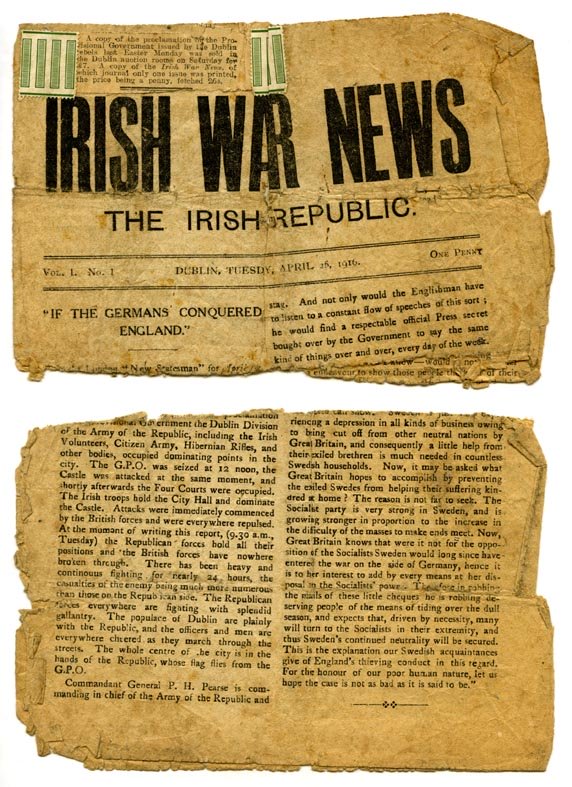 Copies of Irish War News are quite rare, rarer even than original copies of the Proclamation though not as valuable. A small, undated, newspaper clipping stuck to the front of ours records that a copy of the Proclamation sold ‘recently’ for £7 and a copy of Irish War News ‘of which journal only one issue was printed, the price being a penny’ fetched 25s. 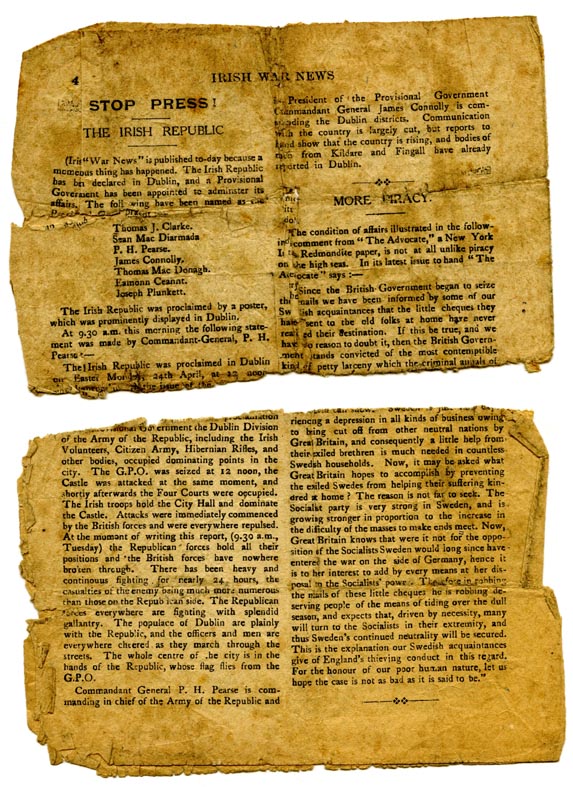 Our Irish War News will shortly be handed over to the professional conservation care of Liz D’Arcy of Paperworks Conservation Studio who will clean and stabilise it and reunite the separated halves, making it fit for inclusion in the Archive’s first exhibition of 2016, of which more anon.